Zombies Monsters Robots is launching Steel Corps, a new content update that introduces to the game a new PvP mode, nine new maps for both PvP and PvE, three new classes of mechs and new gear. There is also a trailer and we got some screenshots.

Check out the trailer:

The new mechs, which come in Light, Medium, and Heavy classes, have been retro-engineered from the mechanical powersuits players have piloted in PvE maps. Each class includes two base models and two Limited Edition variants with explosive firepower and sweet paint jobs.

Light Mechs are fast, lightly-armored, close-range powersuits, while Medium Mechs are all-purpose killing machines with solid armor and serious firepower. For players focused on raw power than mobility, Heavy Mechs are armored war machines built to withstand concentrated damage while raining destruction down on the battlefield. 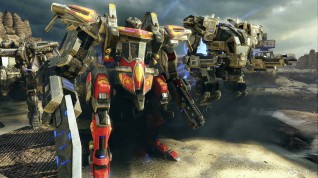 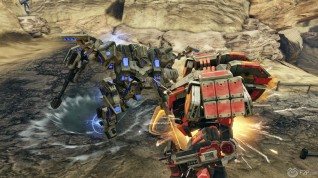 The update's nine new maps span levels designed for mechs, new PvE battlegrounds, and PvP maps. From the port-based "Pier Pressure" to "Chopping Mall", a map that is sure to bring a whole new meaning to Black Friday shopping mayhem.

If you want to know more about ZMR, click on the "info" button below.