What a Game of Thrones MMO Would Be Like

What a Game of Thrones MMO Would Be Like

For our next “Imagining MMOs” we take a step away from the fun, friendly and family orientated Mario Bros style kids MMO from our last article as things get a little darker and a little more brutal as we put our creative juices towards making our Game of Thrones MMORPG! With season five of the show now airing no doubt everyone who watches the show is waiting to step back into Westeros and beyond as the political backstabbing and battle for the Iron Throne continues; but imagine if you didn’t have to wait an entire year between seasons and could live in that world, be part of the intrigue and lead your noble House alongside some of your favourite characters and against your most reviled!

Whilst requiring little introduction to most, George R. R. Martin’s A Song of Ice and Fire series of novels was catapulted to fame and popularity with the TV adaptation in HBO’s Game of Thrones, an ongoing saga of powerful mediaeval Houses battling amongst each other and even greater forces in a bid to lay claim to the Crown and rule over the Seven Kingdoms as King of the Iron Throne of Westeros. A gripping setting already firmly established by the books and further visualised and enhanced by the TV show, we can’t think of a better place for an MMORPG to be set.

So what would the focus be? Game of Thrones/A Song of Ice and Fire is about people and huge Houses going head-to-head, politics and conquest are the focal theme and so what better than a PVP-centric sandbox MMORPG to offer freedom and customisation and a huge open world of exploration as opposed to an all too familiar on rails themepark MMO? Players would choose their lot in life, from peasant, merchant or fledgling Knight, but even paupers from the streets and bastard born can rise to become key influential figures as well we’ve seen.

If we’re going old school hard-core MMORPG than what better to look at than Ultima Online, Eve Online and Darkfall Online to take inspiration from and guidance with our core mechanics and features.

Ultima Online would provide our primary sandbox style environment, the complete freedom to go where you wish, finding your own adventure and training up your character as best suits you in accordance to the type of activities you regularly engage in i.e. a skill-based system where if you prefer to craft then you will improve your crafting skill and if you like to fight and hunt then you will become a gifted man-at-arms. Stake your claim to your own land, settling the wild and tending to a farm or forge and pledge your services to your local Lord in return for his protection, or find your way to one of the big cities such as Kings Landing or High Garden and make your living as a Sellsword or House Guard putting your skills to the test to keep the rabble and criminals under control… or why not be a criminal yourself? Perhaps an infamous Gin Alley cut-throat or a bandit that roams the Kings Road, dodging patrols and ambushing unwary travellers?

Darkfall Online would lend its combat system, with our own tweaks, the third person shooter style MMO that requires players to aim their attacks and gives them the capability to block incoming blows with both shields and weapons or dodge arrows heading your way. With an immersive mounted and naval combat system with the possibility of destroying/stealing your opponents mode of transport it would fall very much in line with the sandbox ideals we are looking at; though the graphics and animations would of course be given the full upgrade treatment using the best technology (this is our ideal game after all). The real time action combat would be gripping, imagine being tasked with luring the enemy forces into a trap, you take position with your own army upon a hill and charge the enemy at first sight, horses gallop and arrows fly all under your command over integrated Voip systems. The enemy return in equal measure, their forces return the charge and send arrows back your way and clash in a crescendo of steel on shields and bone. The trap is set, from the rear your mercenaries appear on horseback, a hired group of players recruited the day before flank your opponent and you breathe a sigh of relief that they showed and didn’t choose to take your money and double-cross you. The day is yours, the enemy felled and their stronghold yours to claim. Sounds pretty epic . However, not everyone would be forced into large-scale conflict, a classic PK feature with players becoming “Red Names” for those that want to play solo and engage in more open world PVP balanced with safe city zones, a player created bounty system and a partial looting system as standard with those players that have gained a high PK score potentially losing all their possessions if they are killed in battle.

Very few games have as strong a player economy as Eve Online, whether a farmer raising stock and crops to feed a household or an army, a mine owner that can provide iron to be shipped and Castle forged or even distant traders bringing in exotic plants, poisons and Valyrian steel! Where there are resources there are those that will try to take them, for every trading caravan and merchant (or smuggling) vessel looking to make their mark and living travelling the treacherous roads and shipping lanes there are bandits and pirates at every turn looking to take it from them.

With the battle of Houses so prevalent in the series the game would have to incorporate some form of Territory control, for those players of a set standing that run their own holdings or have attained the rank of a Lord or Lady then so too can they declare their fealty to one of the major Noble Houses, be that Baratheon, Stark, Lannister, Greyjoy, Tyrell or other key Houses making a bid for the Throne. Each House has their own key faction city that can never be overrun, Winterfell for the Starks, Casterly Rock for House Lannister, High Garden for the Tyrell’s, leaving King’s Landing and the Iron Throne open to those who have the strength to take it and the cunning and guile to keep it. 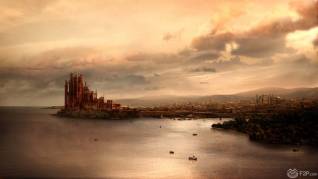 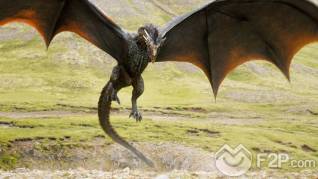 Territory of the Seven Kingdoms would be broken down into key areas that could be taken, similar to Planetside 2, with an endless shifting of neutral contested zones, bound by their fealty; that isn’t to say that Player Houses wouldn’t have their own rivalries and alliances constantly looking to undermine their competition and bolster their friendly Houses, as is the way with the “game of thrones”. So too would we allow players to change their House allegiance, an extensive two-month cooldown when players switch, but starting them at the bottom of the faction rankings as new and as of yet un-trusted loyalists to their new House. Depending on a players position and title would open them up to being able to control larger Castles and Keeps, in turn granting them and their House more bonuses and resource benefits such as an income of iron, wood, silver and gold to help further solidify alliances or purchase betrayals, ideal for those of a role-playing frame of mind, secret meetings in game to plot conspiracies and commit treasonous and treacherous acts!

Whilst the game would focus on PvP we would still encourage a PVE element, though as the series is more low key on the high fantasy (albeit there are Giants, zombie like White Walkers, Dragons, Dire Wolves and a handful of magical abilities such as being a Worg that can see through animals eyes) the amount of viable PvE candidates is limited in comparison to other fantast MMORPGs. So whilst the world would be populated with all manner of dangerous wildlife, NPC bandits and roaming Wildlings we would offer some more adventure type areas; most notably beyond The Wall and perhaps even to the continent of Essos where the Dothraki and forces of Daenerys Targaryen are rising; leaving the Seven Kingdoms as the PvP hot spot and keeping it separate from the PvE.

So that’s what we think for our own Game of Thrones sandbox MMORPG, whilst a themepark is more common these days and more preferential for most, we do feel that given the theme of the series and the types of activities players would be engaging in then a sandbox would be best; but you let us know what you think!