In just a couple of weeks Blade & Soul will receive another content update, Unchained, which will introduce on March 2 the all-new Warlock class, the eighth floor of Mushin's Tower and a new Heroic dungeon available in both 6- and 4-player versions.

Players will be able to master a new class: the Warlock, a powerful class that snares its enemies and can summon a demonic Thrall. This class mixes dark magic and furious combat techniques and it will arrive along with an additional character slot. The maxium number of characters slots will increase by one to a new maxium of eight.

The update also introduces Naryu Labyrinth, a new heroic dungeon for groups of 4 or 6 players that features a dynamic 3-stage encounter. After each encounter, one of the doors leading to the next area of the dungeon will unlock at random.

Unchained will also unlock the final floor of the first section of Mushin's Tower, the Heroic single-player challenge.

Finally, the update will include class balance changes and some updates to improve the overall game experience. 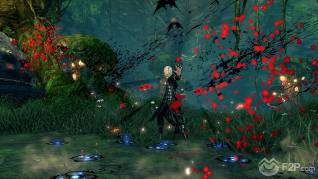 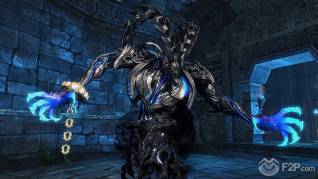