Warface's latest update adds new maps and gameplay improvements. It introduces a dynamic spawn system and players will find that they now receive higher scores for assisting teammates when they take down enemies in both Co-op and Versus play.

Other enhancements that come with the update include the ability for new players to use all four classes of soldier from the outset, without the need to unlock them, as well as ongoing work to improve anti-cheat measures. 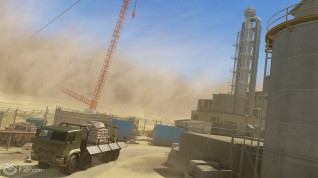 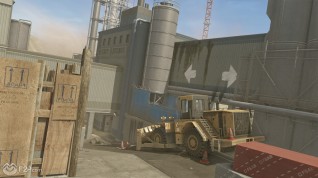 The update sees the arrival of three all-new Versus maps that further expand the game's popular Nevada setting. The "Airbase" Team Deathmatch map invites soldiers to climb onto the wings of a parked aircraft and trigger the engines to deadly effect, while the new "Quarry" Capture map features sweeping sandstorms that provide perfect cover for ambushes. Finally, the "Streetwars" Team Deathmatch map throws players into an urban jungle where abandoned buildings enable soldiers to carve unexpected paths and strike with the element of surprise.

On top of the three new Nevada levels, the update introduces a fourth new map inspired by Istanbul's famous "Grand Bazaar". With an emphasis on fast-paced action, the Grand Bazaar Team Deathmatch map adds some extra spice to the Warface mix and invites players to not only target their enemies, but also to enjoy tearing apart the many destructible elements of the environment – from plates and lanterns to neon signs.