War of the Immortals joins Steam

Perfect World Entertainment has announced that their action MMO War of the Immortals, can already be downloaded from Steam. Players who join the game will gain access to its newest expansion, Lost Omen.

In addition to celebrate the debut of the game on Steam, the players who download the game through the digital distribution platform and achieve level 10 will get a code to get an exclusive teampunk Diver Outfit and several in-game prizes. 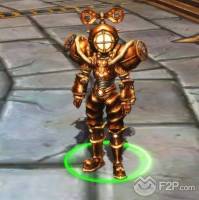 "With the launch of War of the Immortals on Steam we are excited to expose the world of Motenia to more gamers around the world," said Thang Phan, Product Manager of Perfect World Entertainment. "This collaboration allows Steam users to easily join the battle while pushing the competition to new heights."