Vikings War of Clans: The Good & The Bad

Vikings War of Clans: The Good & The Bad


Developed by Plarium, Vikings: War of Clans is a free to play Viking-themed strategy MMO title for Internet browsers and mobile devices. In the game players train up and assemble their own Viking horde and put them to battle against other players trying to destroy their rival’s settlements and defending their own. So let’s take a look at the Good & Bad of the game and see if it is worthy of a place in Valhalla!

Exceptional Graphics - The graphical style of the game is exceptional and provides a detailed city filled with buildings and animated characters and elements that truly bring the area to life, making it a pleasure to explore

Extremely War Focused - From the moment a player's "new player protection" is over then they get a target on their back for every other player in the game; the game is extremely PVP orientated and definitely offers up the war strategy competitive gameplay

High Levels of Individual Customization - Whether choosing a particular play style to focus on (military or economic pursuits) that guides a player's choice of building upgrades, researched technologies, army composition, or how they equip their hero; there's plenty of options to make your own Clan unique to your gameplay preferences

Viking Theme - Training up barbarians, raiding and pillaging enemy clans, amassing your own army of Viking invaders; the Viking theme is very fun and the journey to becoming Konung is one bathed in blood!

Extensive Research Tree - There are dozens of knowledges to unlock through the Research tree, broken into different categories they range from economic and espionage knowledge to military and troop based knowledge, allowing players to choose the direction of their advancement

The "Plarium Formula" - Plarium use their same "formula" for all their MMOs and the result is that, outside of a few tweaks and changes in theme, every game feels exactly the same as its predecessor titles that came before it

Restrictive Research - Whilst there's a lot of techs/knowledge to unlock, and a choice of branches to advance down, as often as not the pre-requisite knowledges players need to acquire in order to unlock another further down the tree requires multiple specific techs that almost pre-determine the order you unlock new research

Repetitive Early Game - As well as the repetition from game to game, the actual game play itself focuses on the same actions of mindlessly clicking to upgrade buildings over and over that creates a really dull early game

Pay to Win - There are far too many ways in which paid for premium currency can impact the game; from speeding up research, unit training, building upgrading, resource purchasing and even buying power boosts for units to make them more powerful

Connection Issues - Whether connecting, staying connected, or suffering constant freezes, the game seems to be plagued with connection issues on the mobile versions that require way too many cache clears, clearing of RAM and a constant string of other "solutions" 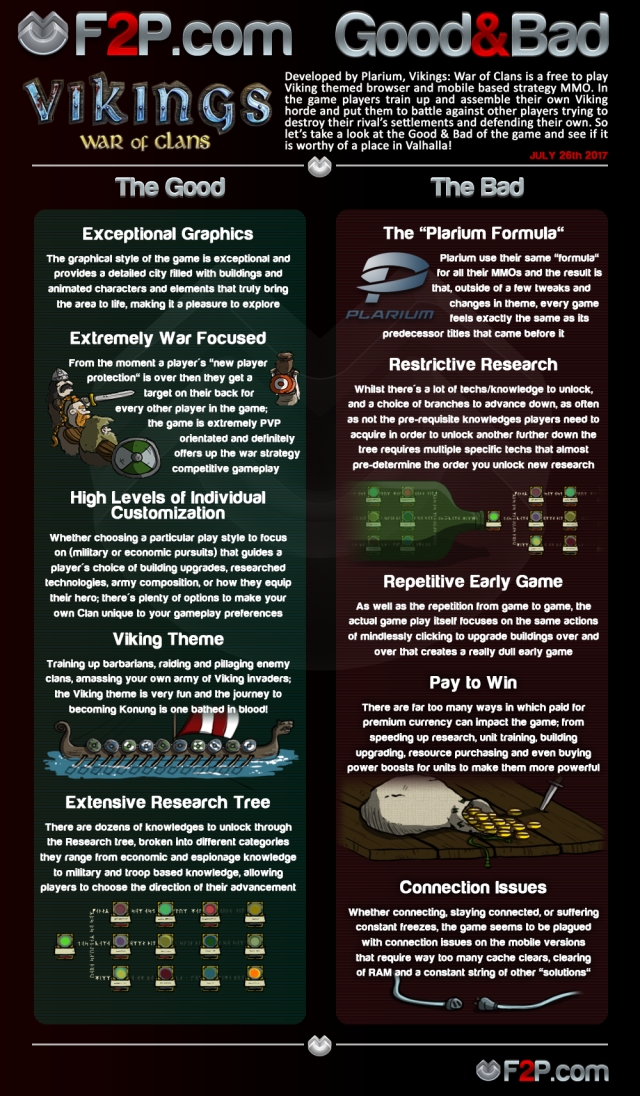