All is fair in love and war as Alliance of Valiant Arms, celebrates the special occasion with the Valentine Event. From now until March 8, players can compete to earn new in-game items, including special Valentine themed prizes.

Additionally, A.V.A's latest update introduces Breakout, the newest free-for-all map set in a small town outside of Nimes, Southern France. With a supply of the latest weapons, players can now take the opposition down in one of the most romantic locales in the world.

During the Valentine Event, players can earn the HeartBreaker grenade by playing A.V.A for at least 60 minutes per day. Also, after every four days of playing A.V.A, players will receive the Pink Love Bat, a melee weapon that's as deadly as it is lovely. 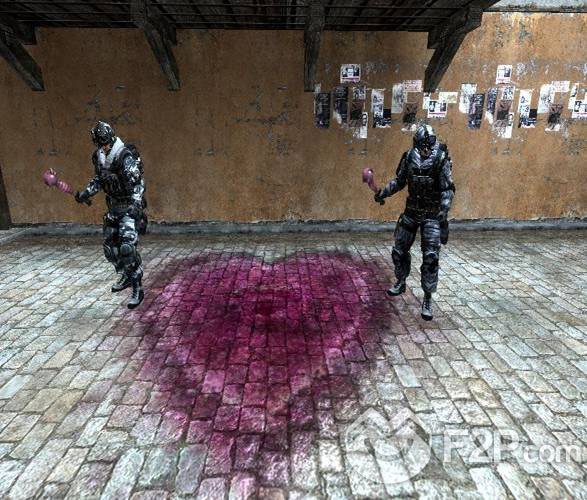 In addition to the Valentines Event and the new France-based Breakout map, A.V.A upgraded its stock of deadly weapons, which now includes:

· FG42: Developed during World War II for the German Airborne Units, this weapon was designed to be used as a squad automatic weapon and a rifle at the same time. It uses a 57 cartridge, making it extremely powerful.

· AN-94 Sidewinder: This variant of the AN-94 assault rifle comes with a thicker barrel.

· MK23 SOCOM: Designed as a high-power pistol, this sidearm was manufactured by H&K of Germany to satisfy special operations specifications. Although powerful, it is bulky and heavy.