Anno, the famous award-winning franchise from Ubisoft, this fall will see a new add to its games list. Anno Online promises to bring the famous game series and all its key features right in your browser with the addition of the MMO element.
The game is a city-building/economic simulation where the players are free to manage their empire in many different ways, playing alone or collaborating with other players for rising a giant empire and form powerful guilds.

Every city will be a beautiful living and breathing environment thanks to the high quality graphics which maintain the similar style of Anno 1404. The cities will features more than 200 different looking highly detailed buildings and can reach the dimension of 1500 buildings and more. The streets won’t look empty and static thanks to animate characters and every island will have its own style with more then 10.000 decorative objects.

Talking about customization, players will be able to customize almost everything: avatars, ships, guild logo. And a lot of new possibilities can be unlocked by completing quests and achievements. Even the social aspect seems really deep. The players can visit each other’s cities and help to enhance productivity, form guilds, work together to build monumental buildings and establish useful trade routes. Technically, the game is fully programmed in Flash 11 and features the possibility right click, making Anno online almost indistinguishable from a client game, except for the fact that you can play it in any browser without downloading anything. 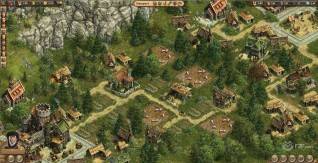 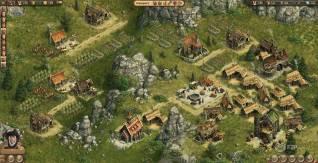