The new patch improves the performance of several features whilst also including some exciting new additions.
This new features includes:

- The game warm-up period has been extended, in order to allow more users to load into the game prior to match start.

- Added a new Target Practice mode under the Training menu. This is a variant of the Crossfire map that contains a variety of bots in it. These can be used to practice shooting.

- An early version of the Arx Novena Capture the Flag map has been released. 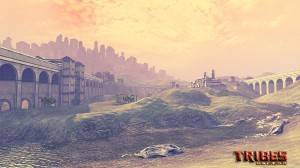