After several months of waiting, Conquer Onlines new class, the Monk, is finally ready for its international debut. The highly anticipated Kung-fu Monk is scheduled to be unveiled this Christmas season. Stemming from the legends of ancient China, the concept of the Kungfu Monk was first inspired by the legendary Shaolin Monastery, which has always been considered a sacred and powerful order in the oriental world.

The Monk fulfills a different role in a party than the other professions, generally being based around healing and enhancing your partys abilities in combat, as well as removing detrimental conditions and hexes. 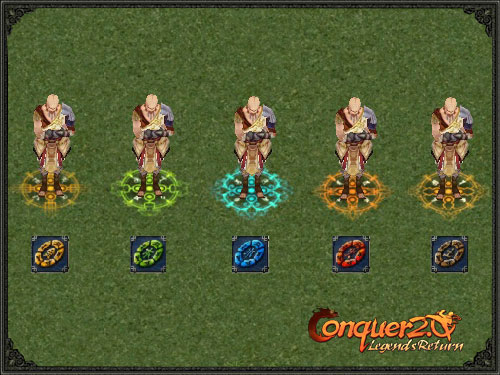 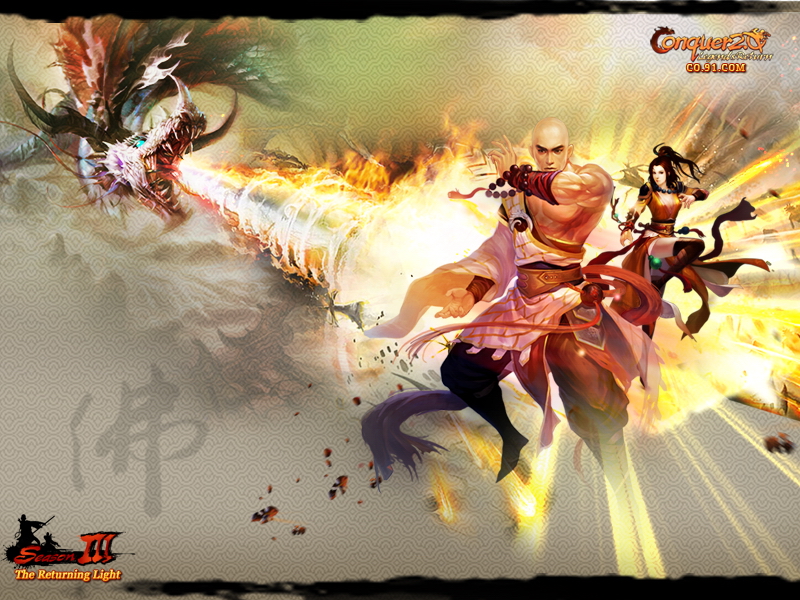 Striving to be kind and selfless, the Monk order has been engaging in devotional meditation for thousands of years. They always try to maintain separation from the outside world, in order to keep their focus on achieving enlightenment and higher states of being. But now, evil has declared war against the world, and the wave of darkness has reached their very doorstep. Compared with other melee classes, the Monk class in Conquer is a great combination of strong closehand combat and magical support. They are the masters of Chi, and different than any other class in the fact that they fight almost barehanded. Clothed in the traditional frock and monks cap, prayer beads are their only physical weapon. The abilities that a monk possesses are similar to magic, in the way that they cost a set amount of energy, or Chi, to use. The Monks skills include strikes that cause elemental damage, blessings to cure an allys afflictions, and the ability to prevent others from raising fallen soldiers.