One of the most controversial topics in any MMO community or forum is probably the endless "Themepark MMORPGs VS Sandbox MMORPGs" struggle, which see two different "factions" of players facing each other. Which one is better? Which genre should be expanded and further developed? Off-course, being related to personal tastes of different individuals, these questions can't have a real answer, but they may be helpful to help us picturing the preferences of modern MMO players and based on this, the road that many Software Houses could consider to follow while developing a new MMORPG. But let's start from the beginning: What is a Themepark MMORPG and what is a Sandbox MMORPG? 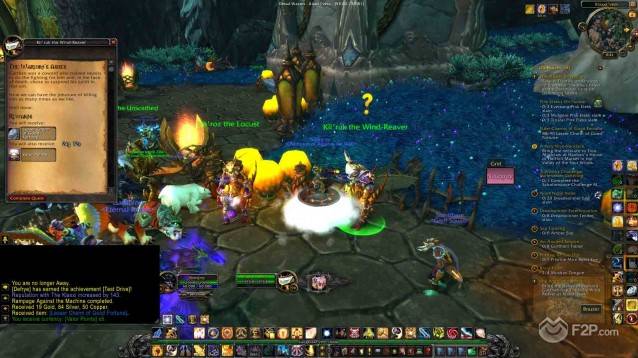 The themepark MMORPGs are characterized by a prepackaged set of attractions like adventures, PvP options and more that players can enjoy. The main exponent of this genre can be easily recognized in World of Warcraft, which actually defined the modern mainstream MMORPGs' standard formula and caused the birth of a lot of clones since its original release. WoW's simple and still effective design is still heavily exploited even from big productions like SWTOR, considered by many "WoW with spaceships and lightsabers". Usually in this kind of games everything is designed to take the hand of the players and lead them through content, avoiding anything that could confuse or distract them. The main feature of themepark MMORPGs probably is ‘chain questing’, a series of adventures which will bring the players from the beginning of their experience to the level cap, rewarding them with XP, game currency and equipment. While this kind of progression can be interesting and less boring than a grind-based one, players usually follow the tasks while skipping the quest descriptions and the involved stories. This system is also the death of exploration, because the player is always brought to the relevant locations and to the awaiting content by the game and its quests, so players can be sure that if there is an hidden house or a treasure somewhere, there will be a quest chain sooner or later that will bring them there; why getting off from the quest rail to explore the world then?

Another important aspect of the themepark MMORPGs is surely the "endgame", a term that was born with the genre and that indicates all the activities that become available once reached the level cap, such as high-level instances, raids, PvP battleground, etc. The objective of the "endgame" is usually to reward players with better and better gear, which is constantly updated with patches and expansion.

As you can see, the Themepark MMORPG is a well crafted ready-to-be-consumed adventure, where a world full of attractions awaits players that are constantly feed with things to do and are not reluctant to repeat the same instances or battlegrounds over and over in order to obtain better equipment.

I have to say that the main credit I have to give to the themeparks and to WoW in particular is that with their simplicity and their linear gameplay, they made the MMORPG genre accessible to a wide audience, from the hardcore raids/instances/PvP player to the casual gamer who prefers to just login for a couple of quest and maybe a battleground. 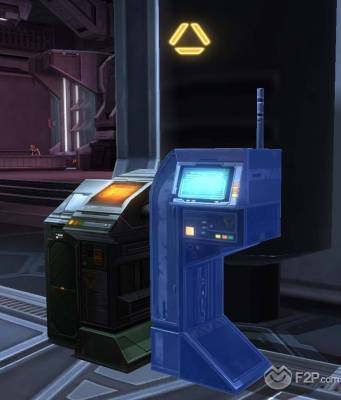 Even if we don't see a lot of them anymore, the sandbox MMORPG sub-genre is still the dream of a lot of players and was the common thing in the "pre-WoW era", when players weren't content locusts. There aren't so many good sandboxes out there, but some of them actually made the MMORPGs' history; just think to the MMORPGs' daddy, Ultima Online, or EVE Online, or Star Wars Galaxies. Thousands of players are still playing the first two, while the third one is even now remembered as the best and most immersive MMORPG ever by someone.

The strength of the sandbox lies in giving to the players a raw world to shape their adventures in and the necessary tools to do it. You can find a lot of different definitions or "classic features" that could define the genre, like housing, open PvP, player-driven economy, DEEP crafting system, exploration, freedom in character progression and customization, full loot, etc. The truth is, despite having or not some of these features (for example, SWG didn't have full loot), I believe that you can define a MMORPG "sandbox" when you are actually FREE to shape your adventures and build your world and your game experience without being tied to a "quest chain" or to endlessly repeat any prepackaged bite of gameplay like instances and battlegrounds. Thanks to this freedom, usually sandbox MMORPGs give to the players the chance to play in a way that is impossible to follow in other MMORPGs; do you want to be just a crafter and earn your living by producing the better goods around? You can do it. Do you want to be a trader instead? No problem. And the best thing is that you are not forced to fight a single battle if you don't want to. Sandbox MMORPGs are more about enjoying the trip and the life of your character than racing toward the "endgame". It's really hard to try to explain with words the feeling of freedom offered by the GOOD sandboxes, but just think that in some of them you can be a thief and steal to other players, own your house with your garden and your plantations, end up in jails and more. 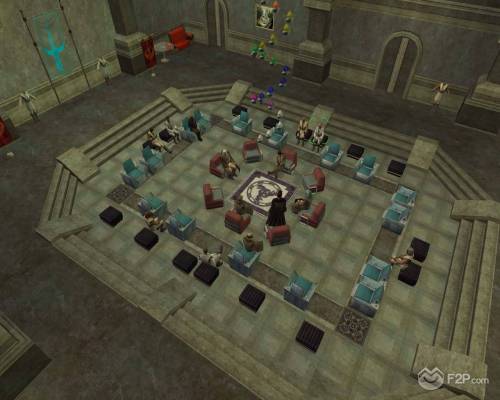 Everything seems good, right? Yeah, and playing a sandbox MMORPG it's actually a fantastic experience, BUT...

If sandbox MMO games have almost disappeared after the WoW ascent there are some reasons. Usually a sandbox requires a lot of time to be enjoyed. They are way more complex than the usual themeparks, and present a steep learning curve. They require dedication and even some study of the game mechanics on wikias and external websites. Moreover, many of them (like Ultima Online, Darkfall, Mortal Online) have some pretty hardcore features like open PvP with full loot or stealing, which can drive away the players who want a relaxing gameplay experience when logging-in to play and don't want to play with the constant fear of being killed and robbed of their hardly earned stuff (and with the annoying "griefers" that you can find in this kind of games, it is kind of frustrating sometimes).

In addition, the lacking of the themeparks' abundant quest-chains often leads to a more "grindy" gameplay where you have to repeat an action or kill the same monster in order - for example - to level your skills or obtain materials for crafting or for your spells (and again, this is relative because in a sandbox you can always buy the things you need from another player). Off-course, seeing this as a "grind" is really a personal thing, because everyone is free to level his/her skill just by playing the game naturally and seeing its character slowly growing day after day or "rushing and grinding" (often with macros) in order to max their skills faster.

In sandboxes players interaction also play a relevant role as well. Trading, alliances, wars, diplomacy, scams, etc. are all important factors, and even if a lone wolf life is possible, life will be much harder if you prefer to be alone without interacting with other players.

So in conclusion, sandbox MMORPGs are living worlds where players aren't mere spectators and are not participating to a guided tour, but instead they are totally free to build their own gameplay experience and to play an active part in making that world "real". There is no "endgame" to reach; your endgame starts upon logging in the first time. Off course, they are not for everyone: too much freedom can be overwhelming for the typical modern MMO players who are used to progress in the game just following the shiny exclamation marks.

PUTTING SOME SAND IN YOUR PARK

Recently, a lot of Software Houses are trying to actually change and improve the modern MMORPGs typical formula. Some of them decided do it by offering a compelling and interesting personal storyline that adds to the usual MMORPG features the thrill of a single-player adventure where you are the main character. Guild Wars 2 and SWTOR did it successfully, but even if it's a great effort, someone think that is not enough to bring new life to this genre. On the other hand, we are seeing a lot of newly announced games promising to offer several sandbox features. Age of Wushu/Wulin, Wildstar, Archeage and Pathfinder Online are games that try to innovate within the themepark style by adding some sand in the recipe with a lot of rarely seen interesting features as player-owned land, totally free character progression, territory control, naval combat, focus on exploration, open PvP and more. They represent a new generation of MMORPGs that we could call "sandpark", which try to mix the best aspects of the two genres and may be the Holy Grail that a lot of players are still looking for.

I don't know why developers suddenly woke up remembering that they could try to do something different from a WoW clone, and that - maybe - MMORPGs should be alternative online WORLDS as first thing, more than simple multiplayer games (and UO, EVE and SWG taught us that IT IS possible), but I'm happy that something is starting to change. I wish to these upcoming "sandpark" games all the best and hope that we can start -once again- to feel the thrill of exploring new living, virtual worlds.