The Mighty Quest for Epic Loot: welcome to Opulencia

Ubisoft just presented the new game from its Montreal division: The Mighty Quest for Epic Loot. It is a free-to-play action fantasy MMO game with an important castle management part that makes it shine in its own way. The game puts the player in the outrageous medieval fantasy world of Opulencia. In this land the only true rulers are values like wealth, status and showboating. The player will find himself surrounded by others greedy castle lords like him, just wanting to have the nicest and richest castle. 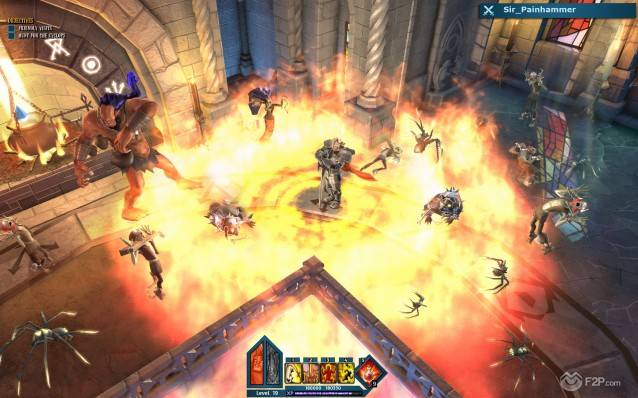 The Mighty Quest for Epic Loot is mainly divided in 2 different game phases and gameplay types: Castle Looting and Castle Defense.
In the Castle Looting phase the players will have to select their character from a nice and ironic cast that will make you smile: we can find folks like Sir Painhammer, the good knight, and the archer, Blackeye Bowgart, running and fighting with a chip on his shoulder. After the hero is chosen, customized and ready for battle, the player will charge right into one of many other castles created by players like him, ready for slayer monsters, overcome traps and reach the treasure room, always full of gold an loot, that await him at the end of the castle.
In the Castle Defense instead, it’s our turn to protect our treasure room from the sticky-greedy hands of the other players. We’ll have to build our very own custom castle and fill it with dangerous room full of monsters, traps, cannon and a lot of nice deadly surprises.

The Mighty Quest for Epic Loot is a game designed for quick and action-packed game sessions. You wont need hours of free time to enjoy a nice castle run, so you can just play when you want. 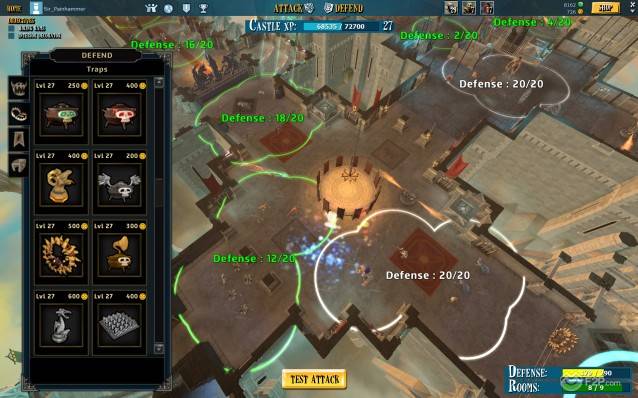 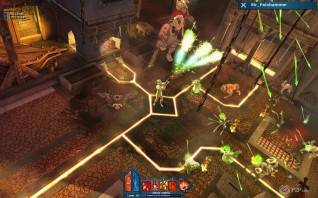 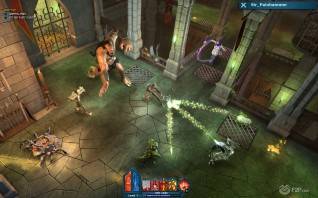