GameForge the publisher for Tera Europe;

The latest patch 76 coming on 13th November will introduce numerous new features for Gameforge’s MMO TERA. The update introduces the long-awaited talent system, the Brawler class for Elin characters, as well as a brand-new dungeon Bahaar’s Sanctum, where players must confront the fire god personally. 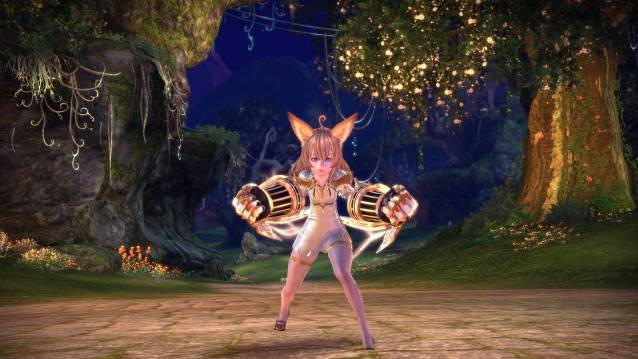 Talent System starting Level 65: Advanced players have new possibilities for fine-tuning their characters to suit their playstyles. Players earn talent points which can be spent on special buffs and bonuses, offering such advantages as reduced cooldowns for skills and increased attack power. The talent experience bar is linked to a player’s account, meaning that all of a player’s characters on the server can take advantage of it.

The long-awaited talent system hits our servers with the release of patch 76.

New Dungeon: Players can expect a fiery welcome in Bahaar’s Sanctum – and one of the longest boss battles in TERA’s history. In an atmospheric lava region, the fire god Bahaar will extinguish any adventurer daring to approach him. Fortunately players will not stand alone, but can confront the god in a group with up to four allies.

Elin Brawlers: At last, the Brawler class becomes available for the delightfully dangerous warriors from Pora Elinu. Elin Brawlers chain together swift series of powerful punches and kicks in combat, equipped with powerfists and metal armor.

The Brawler class is now available for Elins in addition to Humans
All existing Brawler costumes which are available for Fashion Coupons can also be worn by Elins
As of patch 76, it is not yet possible to use a Race Change Voucher to transform a Human Brawler into an Elin, however this will become possible at a later date

Pick up your free slot:

IMPORTANT: Players are currently only able to unlock 20 slots per server, but a 21st slot will become available with the release of patch 76. If you currently have 20 character slots, please do not use the coupon before patch 76 has been released, otherwise your coupon may disappear without effect! 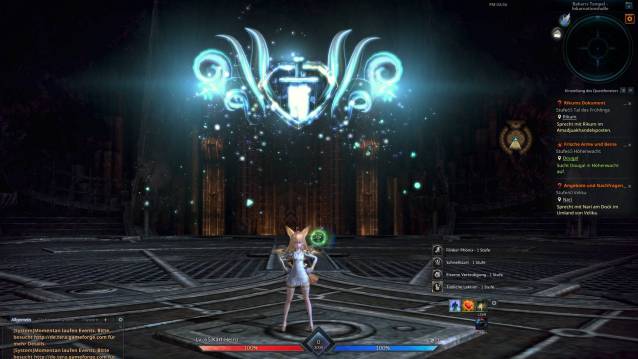 Log into the website or the game here Tera.
Open the TERA Shop and select the character you’d like to receive the coupon with.
Click on the three bars in the top right and select “Redeem code”.
Now enter the code below. Your additional character slot will be sent to you within seconds
Code: ARBOREANLEGACY

Float Like a Butterfly and Sting Like an Elin with the Fiery Featherweights Update, Now Available for TERA on PC

SEATTLE, November 13, 2018 — En Masse Entertainment, a player-driven publisher focused on delivering great games and great service, today knocked out another monthly update for their True Action Combat MMORPG on PC, TERA, with the release of Fiery Featherweights. The free content update adds elin to the lineup of races that can be brawlers, led by Lady Tanly the first elin to don the brawlers’ mighty powerfists. The update also introduces the Enhancement Point system for additional progression for max level characters and the new Bahaar’s Sanctum five player dungeon. To celebrate the launch, En Masse is kicking off a brawler leveling event and the revamped BuddyUp! system to help new brawlers and returning players reach level 65 and prepare for the challenges that await them.

Starting today and running until December 11 all brawlers that reach level 65 will receive rewards to help them prepare to face deadly dungeons and BAM’s, including a set of Twistshard gear, accessories, and a variety of cosmetics, including elin-only costumes, to get them started and customize their unique brawler. The TERA team has also updated the BuddyUp! system to grant improved rewards for both mentors and those who use their BuddyUp! codes. Anyone with a new account and those returning to the game after 30 days are eligible for the codes, so grab a friend and jump back in!

The much requested Enhancement Point (EP) system also arrives with today’s update, giving max level players another way to progress their characters beyond upgrading their gear. Available to all level 65 characters, players can gain EP experience by completing Vanguard Requests and defeating high-level BAMs. With each new EP level gained, players can spend points to improve their characters by upgrading a variety skills and stats. Altoholics can rest easy as EP progress is shared between all their characters on a server, including those that that have yet to reach max level.