TERA: The Good & The Bad

TERA: The Good & The Bad

In The Exiled Realm of Arborea, more commonly known as TERA, players step into the shoes as one of ten different classes, heroes rising up against the emerging evil that threatens the realm and its inhabitants. The game boasts action based MMORPG combat and is a feature packed free to play fantasy title. TERA has had moderate success over the years, so in our Good & Bad article we’ll address a few things we think have made it so successful, and some that might have held it back: 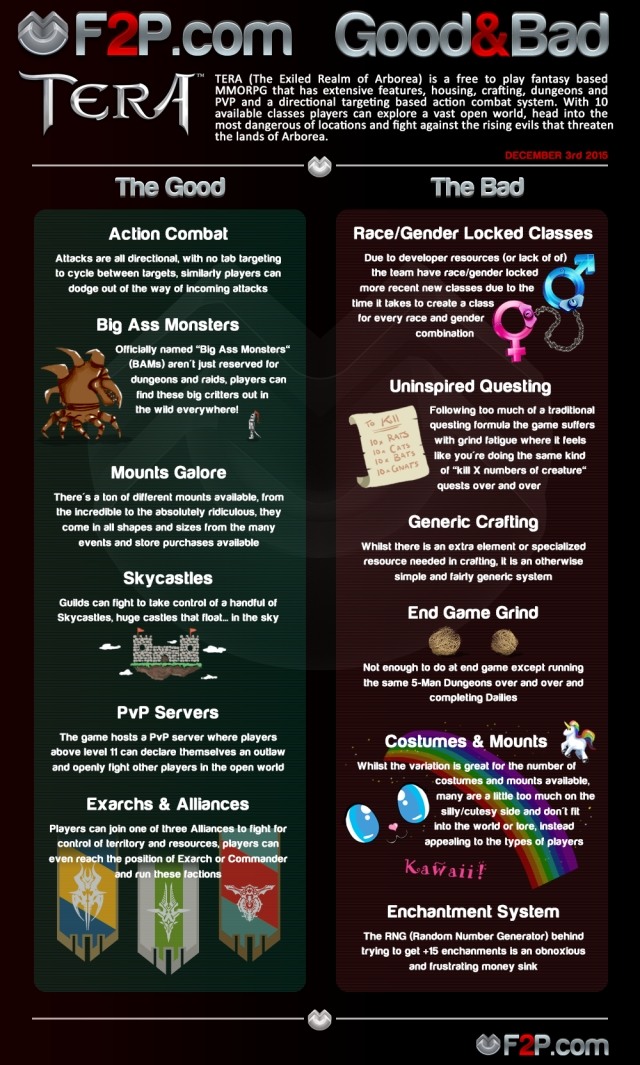