Gameforge has just announced more details on the alliance update that will be implemented later this month into its fantasy MMO TERA: Rising. Players can look forward to a a new political system, thrilling battles with a continent-comprehensive PvP mode as well as new challenges and rewards.

The update will grant players the oportunity to ally themselves with the Velika, Allemantheia or Kaiator and to influence the political strength of their alliance. In doing so, they will join the battle for the mysterious and powerful mineral Noctenium all three alliances have been trying to gain possession of ever since.

Players will actively participate in the war and snatch numerous resources items in battles against enemy alliances, subsequently rising through the hierarchy and forging the world of TERA as they wish. To try and prevent one alliance from attaining sole reign over Arborea, the other two can unite forces against the dominant threat and head into battle together.

This conflict is pushed to its climax with the new continent-wide PvP combat system which sees brave warriors actively mix in the battle between the alliances, strengthening a particular faction and helping them to gain control of the much-prized Noctenium. The winner of a PvP battle earns themselves the privilege of priority access to an instanced dungeon as well as additional alliance-specific advantages. 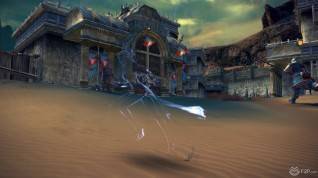 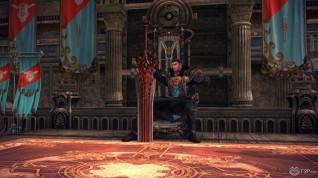