We were invited to join up with the guys from En Masse Entertainment to check out the latest up and coming patch for TERA, Secrets and Shadows, that introduces a variety of new content including flying mounts, a new end game dungeon and the new Ninja class. Meeting up with Patrick “Treeshark” Sun (Producer), Sean “Spacecats” Gibbons (Community Manager) and Matt Denomme (Product Manager, who was in the chat but not in the game with us) and some other press guys we all met up in game and over Skype to begin our tour.

Starting out the press guys logged in with pre-made level 65 Ninja characters, a new fast paced cloth wearing assassin that darts around the battlefield unleashing some pretty powerful attacks with a huge shuriken style four blade melee weapon. The class IS locked to female Elin, making it the fourth class in a row that has been locked to female only characters, much to the frustration of the community but if the developers have to choose one race and one gender for their classes (due to the resources and time it would take to try and make them multi race/gender directly impacting the amount of content they could regularly put out) then female characters do seem to be the most popular.

Heading out into the game we got to test drive the Ninja on some mob spawns; an acrobatic fighter she mixes her weapon slashes with a variety of acrobatic flips, hand stands, twists and turns as she darts all over the place whilst launching her attacks. The fluidity of the movement, particularly just chaining her basic attacks, is really impressive and is some of the best character animation we’ve seen for a long time, it’s so fast but doesn’t get lost in a blur; it simply looks elegant and skilful. Her skills range from various DPS single target and multi-shot AOE style attacks, building up Chi (essentially the same as Rage for the brawler) that allows you to trigger one of two fire based ultimates in rapid succession. Another quirky little skill she has is the ability to disguise herself as a targeted player, taking on the look and even the name of the character for a minute (with a two minute cooldown on the skill) which disappears when attacked or if making an attack. The applications for this skill are pretty much to confuse your opponents in PVP, appearing as one of their players it gives the Ninja the chance to get in the middle of the enemy group and maybe pick off a squishy backline character. Very cool. 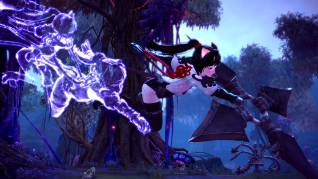 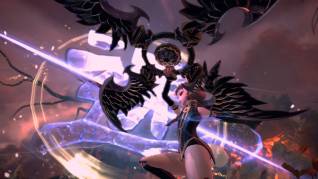 Once we’d all got to grips with the Ninja it was time to head to the newly added max level dungeon, The Shadow Sanguinary, revolving around the big bad guy Dakuryon (previously met in one of the primary quest chains). To get there we wouldn’t be walking like a plebe, oh no, we all had flying mounts to take us there! Jumping on top of our winged lion chimaera type creatures we could run along the ground, hit double spacebar and take flight; WASD still controlled our movement along with the 360 degree direction with the mouse, with spacebar giving us some extra altitude and shift giving us a turbo boost! Not every area can be flown in, but most of the open world will be accessible in this way; players can fly for as long as their flight gauge lasts until they have to land to quickly recharge, but the animations and smoothness of flight was extremely well done and felt very natural, even the transition from riding to flying and back again (or falling off a cliff and hitting double space to start flying).

Reaching the dungeon, which could be reached by foot, we chose the normal instance difficulty as opposed to the “Hard” mode (thank god..) and headed inside. The dungeon itself is a large temple expanse with a mix of chambers where we’d fight some of Dakuryon’s monstrous creations, the first being Pahoegar; a huge cyclopoid one armed beast. Pahoegar had a penchant for dropping columns during the battle that would send out AOE blasts, or him simply targeting a single player to try and take them down or doing extremely quick AOE attacks around him to try and wipe out any unfortunate squishy cloth characters fighting him… such as three Ninjas. The biggest challenge was that he would drop huge red targeting circles on the floor, which did a lot of damage, the problem was that they often overlapped and if you got caught in a place where multiple AOEs hit you then we were pretty much one shotted. We absolutely lost count how many times we died during this fight, and by we I mean the three Ninja characters (one of whom actually did play the game in his own time), it was insane, the number of times we’d be resurrected by Spacecats only to be instantly destroyed by Pahoegar was harsh considering we were playing on the normal mode! 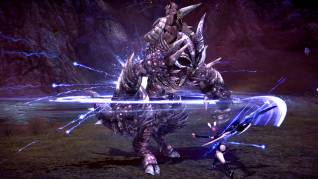 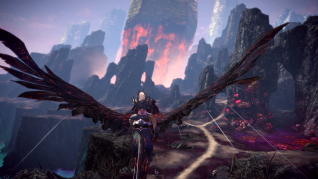 Things didn’t get any better when facing the other two bosses, but traveling between them was also a challenge fighting past falling rocks and long range snipers who had huge thin targeting reticules than ran the length of the corridor. This lead us to our encounter with Dakuryon who was equally as difficult, killed us just as often, but seemed to have a little more chance for survival. His shtick was essentially lighting up the entire area with an AOE that would kill us, but giving us a very small window to reach a safe zone. Once more we died a lot.

The final battle was with a huge spear wielding final form of Dakuryon, now known as Imperator, and that spear wasn’t just for show, he would repeatedly try to skewer one of the players and hurl them at another. Pretty badass. The opening to this battle was particularly interesting, each time a battle starts the gates rise locking you into the room, when our group ran forward and Imperator did a blast straight forward, we were killed instantly and the gate rose in front of us and we couldn’t get in the room. Fortunately, or unfortunately (given how many times we died in this battle) Spacecats had an ability to drag us into the room. Imperator had an ability where he would put up a barrier around him that we had to quickly get inside of as the entire room turned into a kill zone, then he’d perform a series of attacks with quickly changing AOE areas that we had to move between in the confined space then deal some damage. Again, he was no easier to kill for us than the others.

We were assured that whilst we had the top gear available (presumably the new tier 10 gear from this actual dungeon) with a little extra skill and a better team comp (3 Ninja’s isn’t ideal) then our survivability would increase dramatically. This was the most challenging dungeon by far in comparison to those we’ve tested with the team before, it definitely holds the crown for being the toughest dungeon in the game, and rightfully so! All the additions we’ve seen in the game definitely make TERA go from strength to strength and the Ninja is a great class to play as. 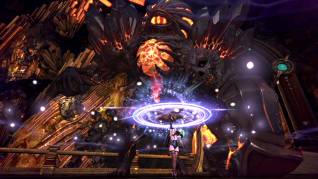 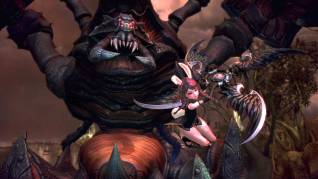