We had the pleasure of once more meeting up with some of the guys from En Masse Entertainment to get an exclusive tour of TERA to showcase the new Brawler class that will be launched in December this year. Checking in on Skype and meeting up in game we were accompanied by Patrick Sun, Producer at En Masse, Donna Prior who was being thrown in at the deep end having only recently joined the company as their new Community Manager, Scott James Magner one of the key writers on TERA and Matt Denomme the Senior Producer, who would be providing our heals as our priest.

For those unfamiliar with TERA it is a free to play action MMORPG released in Korea in 2011 and then NA in 2012 as a sub game, going free to play in 2013 and since then joined the Steam platform where they saw themselves as the top played MMORPG for a time and have sat comfortably in the top ten ever since. The game boasts an action combat style as its main feature where there is no tab-targeting and instead players attacks are directional where they must face their enemy as they launch their volley of attacks or use active dodge skills to get out of the way of oncoming ones. 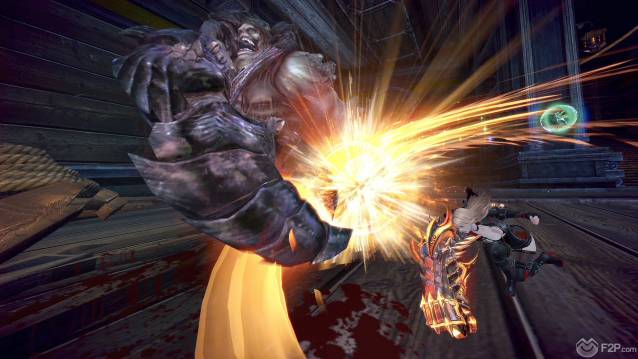 We were getting our first taster of the Brawler class, a gender/race locked female Castanic similar to the previous Gunner class (female Castanic) and the previous Reaper class (female Elin), it’s widely admitted by the producers that the gender/race locked classed are less to do with any lore but simply down to resource management. The development team is a lot smaller and quite simply they would sooner release new classes that are locked to one race/gender than spend the time on designing all the graphics and animations that would come with trying to make it for multiple genders and races. As to why the last three have been female? Well no real info but personally we’d say female players are less likely to play male characters, but in general guys choose to play female characters quite often and the human like Castanic race is generic enough to not upset too many people. In accompaniment with the Extra Life gaming charity players were recently able to get early access to the Brawler on the test servers if they donated or raised $50 or more, but for us we had a hands on guided tour through the game.

The Brawler comes in the “Knockout” update which will be in December and the last major update for 2015 (with the amount of updates these guys push out we’re sure they could fit another one in!), which also includes 2 new end game dungeons and 2 gear sets. The Brawler class is a melee fighter and tank combined into one and uses “Power Fists”, huge glowing metal fists that do some pretty explosive damage. Similar to the previous Gunner class the Brawler builds up Soul using normal attacks and abilities to then unleash her major attacks such as Bulldozer that will have her speed across the battlefield and you can control her to either slam into enemies and push them around, use it as an escape, or use it to get yourself as far away from your healer and in the middle of a group of deadly mobs and grabbing aggro to make Matt work for it. We may have done this once or twice. 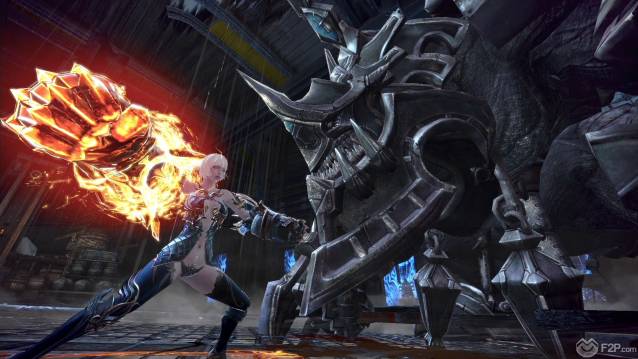 She is a focus fighter and has a unique mechanic that builds up a “Hit Counter” as she strings her basic attack punches together you see the counter “Hits” going up over time. The higher your “Hit Counter” the more powerful your actual Counter Attack move (on spacebar) becomes, reaching higher Hit multipliers unlocks different counters. Players can also string together various attacks to perform combos that will have additional effects, the Brawler is particularly useful for juggling enemies and keeping them up in the air disabled with a variety of uppercuts and sweeping kicks.

After beating up a few mobs to get the hang of things we were transported to one of the new dungeons, Kalivan’s Dreadnought, a pretty epic pirate ship that was under attack from the Naga Pirate himself. Some of the lead up dungeons have been shuffled around to change how your gear progresses and also the developers have introduced a new feature where players can pay 50 gold to resurrect themselves in battle instead of relying on the priest. You can only use the feature ten times per character…. Needless to say we had spent 500gold by the end of our press tour.

We got to battle our way through the dungeon, fighting a couple of sub-bosses, some barrel headed mobs that exploded if you didn’t deal with them (queue Bulldozer!) and some proximity mine situations that regularly presented themselves as both a danger and an opportunity to deal damage to enemies. With our max levels and top end gear we didn’t have much of a problem breezing through the encounters for the most part, but then we faced Kalivan. 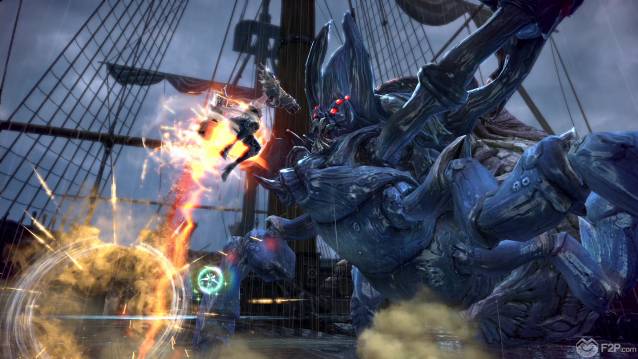 We’ve played a few of these boss encounters and this dude hits HARD. I don’t think we’ve ever seen so many team deaths and near party wipes as we did against this guy and even as we were preparing to fight and we were being told the different attacks he could make (there was a whole long list of them) we were informed that he is possibly one of the hardest hitting Bosses in the game. We felt that. The scene itself was pretty cool, fighting on the pirate ship in a storm, with the rain and lightning coming down it was this that opened Kalivan up to a unique mechanic where, as a Naga, he would flood the deck in areas and of course lightning in a storm and big pools of water generally don’t mix well so you needed to get out of that real fast. As a solo boss with no adds he actually took ten minutes start to finish to beat, and it was pretty constant fighting with a couple of near team wipes, so we expect that players are going to find him extremely fun to go up against. Players can get a variety of trinkets as loot as well as the Dreadnought Gear from the dungeon, the second to best set in the game and pretty much a necessity for taking on the Forsaken Island dungeon.

If you’re interested in getting involved in the game and finding out a little more on the community then check out Donnas new Twitch stream that will be coming soon “Play With a Noob” (given that she’s only been with the company and in the game a few weeks) where she will be playing and showcasing the Brawler. We do think based off the number of times we died she would have good company in Matt Denomme (Boom! Shots fired!).

TERA is completely free to play and definitely worth checking out, head over there in December and you’ll get to play the new Brawler class yourself! 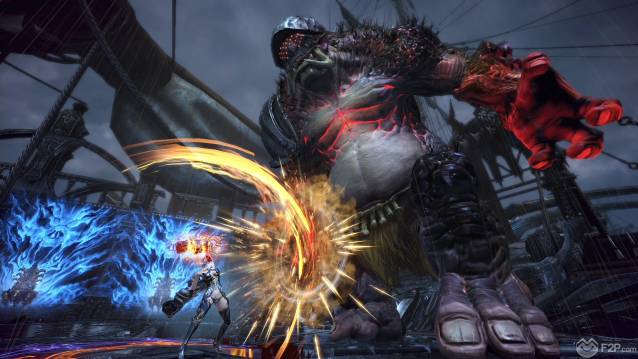