Aeria Games has just announced an upcoming sequel for its MMOFPS Soldier Front. Soldier Front 2 will improve the consolidated game's formula with graphics powered by Unreal Engine 3, a new level of realism, a strong emphasis on customization and progression, unique new game modes including a MOBA-style scenario and co-op missions.

The game will also include an achievement system and will give to the players a lot of freedom regarding the appearance customization of their characters. 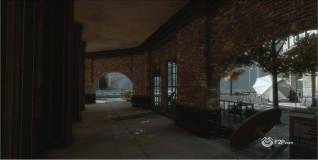