I’ve taken a look at two up and coming Trading Card Games (TCGs) that are still in testing (beta and alpha) and decided to do a comparison to see what a new player such as myself would be letting themselves in for. Now, it’s probably worth mentioning that I have never played a TCG in my life, either digitally or physically, and so I don’t really know how these work. Secondly, we don’t actually have beta access to either of these games yet, so this is a general look and comparison of the available features and how accessible they are to a newbie such as I am. Follow us in the comparison of these two games and let us know what you do think about them by leaving a comment here or on our Facebook and Twitter pages. 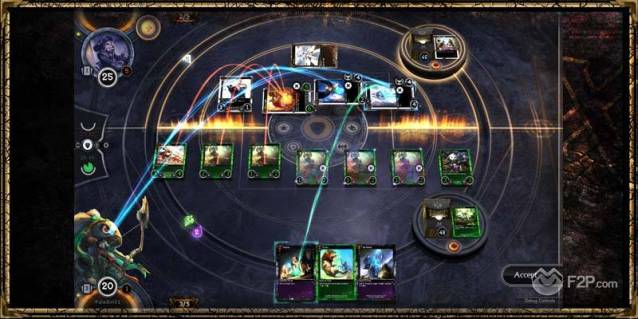 The two games we’re taking a look at also seemingly differ in complexity; the World of Warcraft themed TCG Hearthstone from Blizzard, and Hex: Shards of Fate from Cryptozoic, which appears to be the most complicated of the two. Now as a newbie there may be instant appeal to go with the simpler game and so this article may seem bias, but how accessible the more complex Hex:SoF has made itself to new players may be a major make or break factor in itself.

So before we check out the game lets weigh up the two companies and make some interesting observations. Firstly you have Blizzard who have decades of online game crafting experience and the huge World of Warcraft title to throw weight behind its TCG, but this is still the first TCG that has come from the studio. In comparison you have Cryptazoic who have never published a video game before, but are actually known for publishing comics, board games and physical Trading Card Games. When it comes to development Blizzard have a fifteen man team backing Hearthstone, some of which have some experience in playing TCGs to some extent, and the money of the company to throw behind it. Whereas Hex has people very high up in the companies chain being hands on with development, but has had to go down the route of using a KickStarter community funded project to get the money they need, which they have done easily gaining $2.3 mill of the $300k they were after. 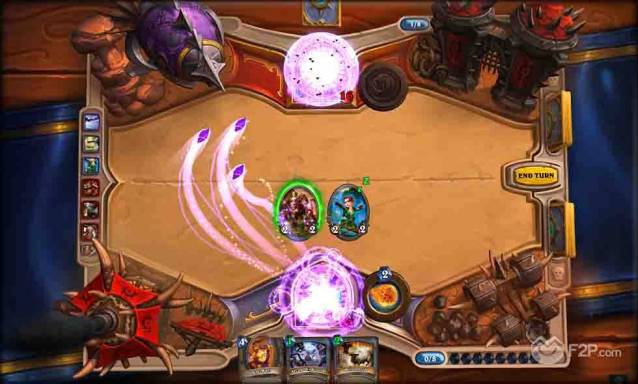 I took a look at both websites, including Hex’s KickStarter page, checked FaQs, YouTube videos and glanced over the forums to really see what information I could get to compare these two games. Honestly, the amount of information I could pull for Hearthstone was ridiculously bad in comparison to Hex, which from the demo video alone I already feel like I could play the game. Whilst Hex has gone down the route of explaining near everything in detail about the game, Hearthstone is considerably more tight lipped about its features other than vague references to features, seemingly relying more on the fact that “hey, we’re Blizzard and we made WoW so we make good games, right?”

Both TCGs revolve around the same premise; choose your champion, build your deck, play the game, but how do they both go about it?

Hex is using “Champions” as the character each player picks; here you can choose one of six classes and eight different races. The races tie more strongly into the PvE questing aspect (see later) and the MMORPG history of the game, but with these combinations the game has 20 possible Champions to choose from. Hearthstone revolves around the nine classic heroic classes that appear in the World of Warcraft MMO, each class represented by a particular hero from the games lore. In both games the character you choose determines abilities that affect your play style, however, in Hex it would appear that you can level up your character, gaining a choice of talents every 10 levels and your card/avatar evolves its artwork as you level up.

Both games boast an offering of over 300 cards each, with more sets to be added over time. Hearthstone tying in with its simplistic “pick up and play” approach has relatively basic cards in comparison to Hex, though both games share a number of qualities. Both games’ cards list an attack value, defense and “mana cost” needed to play the card, as well as artwork and the actual cards ability and each card will have a rarity assigned to it. As well as a few extra fluff items such as lore text, Hex cards also have some other unique properties such as “traits” and “restrictions” which define how the card is used. Flipping the card over shows what gem sockets and equipment are also linked to that card, unique attachments (each with their own level of rarity) that completely change how the card is used. Finally the Hex card can be flipped again to have a “Double Back”; here you can see what trophies and achievements you have earned with this card, the cards statistics and also its XP bar. With each card in your Hex deck you level it up through use, gain enough XP and the card converts into a classic foil/shinny card to show its elite status.

Whereas Hex has gone down the route of being able to extensively modify cards with gear and gems, creating thousands of uniquely customized cards, Hearthstone has an option to create new cards, disenchanting old ones to create arcane dust and make a new card in their Forge system. The rarer a card is when it is disenchanted the more arcane dust that is received for creating more powerful cards.

As well as the cards both games over an extensive Card Manager to arrange and sort out your decks. 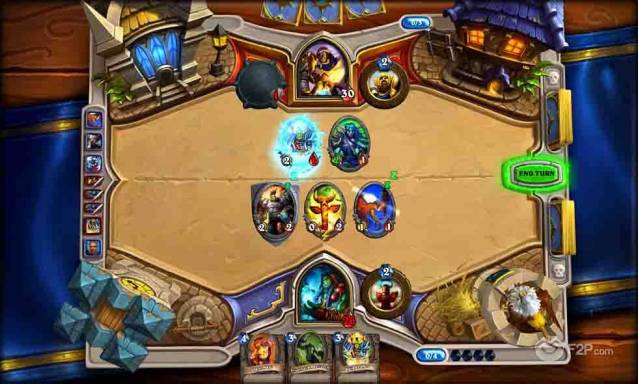 Hearthstone offers three main game modes, Practice Mode, Play Mode and The Forge.  During Practice Mode the player is able to test out their deck against AI on either a normal or expert setting; this mode does not appear to extend to practicing against players. Play Mode pits players against each other in random matches and it is here where you can earn medals and cards to add to your collection. Finally the Forge where you can build up a random deck, each time selecting a card from one of three choices until you have filled up a full deck and are then thrown into battle.

Hex once more has offered more choice, breaking up their player versus player into 1 v 1 games, friendly casual or competitive games, where they potentially plan on offering up tournaments where players can win real world cash prizes. From the community forums the systems being used in Hex are very similar to the classic, and titan of the TCG genre Magic: The Gathering, and so this same level of detail has been applied to their player versus player features.

As well as PvP Hex also offers up PvE, bringing the MMO mode back into the title, complete with storytelling, questing, playing alongside friends or joining guilds; players are able to raid and collect gear items for their champions similar to an actual MMO.

Away from complex vs. basic, as both games are aiming at a different audience, the overall looks of the games are completely different. Hearthstone holds its classic cartoonish stylized graphics that are very child friendly; bright colours and quirky images and voice overs from the Heroes. The game looks slick and will port well onto iPad, which it has already been designed for. In comparison Hex looks like the graphically more intense, with older gamers as its audience. The user interface is atmospheric and brooding, with flares and particle effects and a number of visual indicators showing what you can do with your card eg. a glittering line from your card to a Champion if you are able to attack it, or a smoking purple effect if a card is still waiting until it can be used.

Both games are available on PC, Hearthstone will be on Mac and iPad, whereas Hex has only noted that it will be available on “tablets” and not indicated whether this will cross platform between iPad and Android.

The look and feel of Blizzards’ Hearthstone I believe is going to draw in a younger crowd, from cutesy graphics to silly and funny audio, combined with its simplistic approach it might be easier for younger players to get into the Trading Card Game genre, if not necessarily older players who are new to TCGs such as myself. Whilst Crytpazoic’s Hex looks more involved and comple, as a gamer myself the options and variety it offers are much more appealing and so will no doubt draw the competitive gamer types who want something more than the basics that Hearthstone offers.

Side by side Hearthstone in my opinion doesn’t really stand up to Hex, the biggest and realistically only draw Hearthstone has going for it is that it is heavily tied in to the World of Warcraft franchise and will potentially milk the fans even more. The big problem with that is that there is already a physical version of the World of Warcraft Trading Card Game, though this I merely licensing and the cards are nowhere near the same as the online TCG. If the fans of the physical World of Warcraft game are looking to play an online game then they may look to a game that offers similar gameplay, which Hearthstone doesn’t. Unfortunately for Blizzard the physical WoW TCG was actually made by Cryptazoic, which might draw WoW gamers away from Blizzards own MMO TCG title and push them towards trying out Hex.

Here you can find HEX: Shards of Fate

And here there is the official site for Hearthstone: