Joymax, has announced today the launch of the eighth expansion for Silkroad Online, Mysterious Temple of Jupiter.

The update to the Silkroad Online series delivers character and skill mastery level increases, as well as new quests and upcoming events to keep players enthralled with tons of new content to explore. 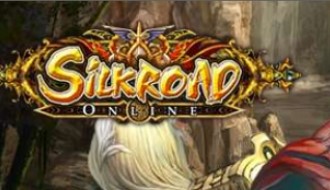 One of the new updates includes players having the ability to reach level 120, and brand new skills are added for each skill class, such as Chinese and European arts. The expansion adds more than 60 new quests as part of the exploration of the mysterious temples dedicated to Jupiter, as well as dungeons and hunting grounds, although players must be at least level 111 to enter.
There's also plenty of content for low to mid-level characters, with a streamlined and improved enemy monster AI which provides a more active, tactical experience. This content is in addition to more than 100 new monsters now inhabiting the Jupiter universe, including the new dungeons, waiting to pounce on the nearest character.

In addition the launch of Mysterious Temple of Jupiter brings several new events for Silkroad's players to immerse themselves with, including a two-week event beginning today through August 16. The Ali Baba and the Forty Thieves event will have players collecting Thief Tickets and Boss Thief Tickets to exchange them with useful weapons.
From August 16 through August 23, the Famous event will take place where Famous items are rewarded to players for increasing abilities such as strength and intelligence or experience. Beginning August 23rd and running through the 30th, the Seal Collection event means that players who talk to the NPC will receive a voucher for an 11th Grade Power Weapon.

"We are pleased that today marks the eighth expansion for Silkroad Online", said Nam-chul Kim, CEO of Joymax. "Mysterious Temple of Jupiter is exactly what our loyal fans and players have been asking for, and between the level increase to 120, an explosive amount of new quests, and engaging events, our users will continue to come back for more for the foreseeable future."