Shadow Era, the free-to-play online collectible trading card game developed by Wulven Game Studios, has just announced the beginning of the development of a new upcoming expansion for the game, called "Shattered Fates".

This new expansion is going to add 200 unique new cards, including 10 new hero cards, to the already huge cards collection offered by the game. Shattered fate also continues the game's storyline and pick up the battle for balor right where the last expansion left it. 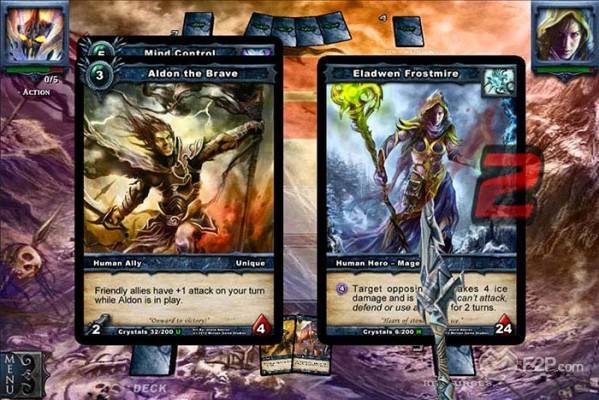 Players will notice an updated game interface and improvements in almost every feature: campaign mode, guilds and leagues, player auctions, an improved deck builder, player profiles,  and an automated tournament system. In addition, there is a new 3D battlefield which awaits you for the fiercest battle ever.

Moreover, starting from now you will be able to trade cards for gold. Operated like a stock market with bids and asks, it makes easier to remove extra cards and obtain that desired special card. At the same time player profiles give you new badge and titles to show your skills and passion.