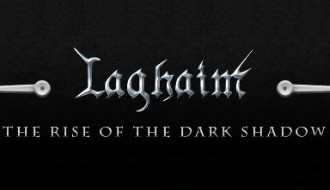 NetGamesArena today announced that it will be reviving the classic massively multiplayer online game Laghaim. Previously published under the name Savage Eden in the United States, and BiosFear in Europe, the game will be re-released later this year as a free-to-play title, with the Closed Beta set to launch as early as this October.

We are extremely pleased to be bringing back this hugely popular title for European and US audiences said Howard Lee, CEO of NetGames Arena. Even in todays market we believe it has huge potential, with a fan-base that is as loyal and committed as any you will find.

NetGamesArena are now accepting Closed Beta Applications and those interested should apply by visiting the games official website. Applications will close in the coming days, with the Closed Beta set to launch in October.

Laghaim is set in the year 2357 in a world marred by conflict, with four divided races maintaining a temporary alliance to fight against the powerful alien race the Progmare. The game features a unique set of features, with full 3D graphics, stunning special effects and a massive futuristic world. Players will gain access to a huge amount of epic content without having to pay a single cent, with:

- Four selectable races to choose from, each with their own skills and talent trees.
- The ability to grow and nurture special monster pets.
- Fluid and seamless game play.
- A living world, with night and day cycles and weather effects that directly impact on a players performance.
- Massive PvP battles with guild and siege warfare. Build towers, deploy guards and fight to the death for control of the Castle.