Various playable cultures and epic cities: with Rise of Cultures, InnoGames releases a new city builder game for Rise of Cultures iOS and Rise of Cultures Android. Taking key learnings from Forge of Empires, InnoGames has created a unique and fresh mobile-first game where players establish an empire and build several cities with the most famous cultures of mankind. Progress is dependent on their leadership abilities and skills in PvE battles with real-time combat mechanics. Once they master these, players are able to watch their civilization thrive.

“Rise of Cultures places players into a beautifully crafted world. City Building fans, new or old, will feel right at home in our most accessible title to date,” explains InnoGames Chief Product Officer Christian Reshöft. “We saw strong cohort development throughout our Soft Launch and are now ready to delight players worldwide with exceptional content for years to come.”

The central unique selling point of Rise of Cultures is the allied cultures. Based on the historical development of ancient peoples, one's own world map fills up with the most diverse settlements of cultural significance. In the age of Classical Greece, for example, players must also settle in Egypt so that their own capital city can flourish and expand. In the glorious times of the Roman Empire, they ally with China to advance their civilization.

New territories are targeted on the campaign map and conquered in battle mode. This is where the PvE battles come into play. Using their own melee and ranged units, players wrestle for victory with King Minos, Leonidas, and Hannibal, among other commanders. As players research new technologies over time, they can invest in further military improvements and continue to strengthen their army.

In alliances, players from all over the world chat, trade and work together to increase the prosperity of their empire. Science, new technologies, resources and strategic skill are the keys to accelerate development, accompanied by historical figures such as Cleopatra, Caesar and Einstein.

"With Rise of Cultures, we are launching a new strategic city builder that benefits from all our genre expertise at InnoGames. During the Soft Launch, we saw strong user growth in the United States, France and Germany. I am especially proud of the team's achievements and the great feedback from our entire community. The different playable cultures offer a lot of variety and we are continuously working on updates, events and further content for Rise of Cultures," comments Product Head Salvatore Calì.

All the facts about Rise of Cultures: 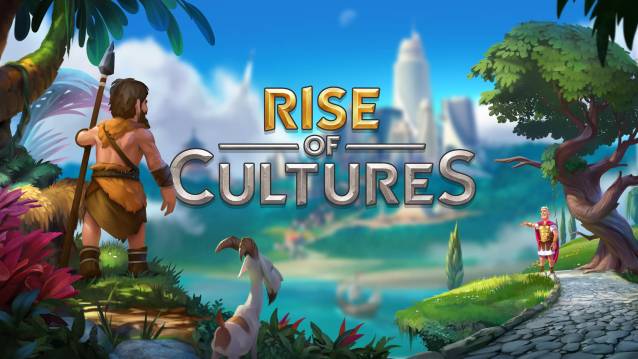 About Rise of Cultures

Rise of Cultures is a city builder game for smartphones and tablets and is free-to-play on iOS and Android devices. Players build a city and lead it through history, starting in the Stone Age. In the process, they trade, discover and play different cultures, and hold their own on the battlefield. The management of resources is just as important as the strategic construction of their own cities. Regular updates and events constantly provide new game content and guarantee lasting fun.