The world of Ethergia will never be the same as Gravity Interactive's dark fantasy MMORPG REQUIEM releases the action-packed Erunil Tower Update today.

Spoiled Dark Jewels, new weapons and fantastic new Erunil ornaments will be available to players as they take on new quests and explore the different tower levels while battling new monstrous creatures and ultimately facing off with the big boss in the tower's grand ballroom. 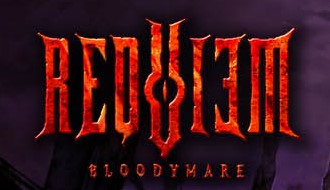 Highlighted features of this update include:

* Compounding a player's gear for a chance of obtaining a custom item with the stats of their choice
* Collect all new Erunil Ornaments to change your character¹s appearance to resemble the a bloody doll, torn teddy bear or a wrecked toy ball to confuse and hide from the dangers found within the tower rooms and halls
* Battle new monsters and terrifying creates including the Mutant Cadaver No. 99, the Destroyed Butler and the infamous Scarecrow!