"Originally Genesis was named 2012 in China and the inspiration for the expansion came from the idea that the world will come to an end in 2012 as the Mayan calendar expires."

But before you read it, take a look to the Genesis expansion Teaser trailer.

First of all, could you introduce yourself to our readers?

Clifton Chu: My name is Clifton Chu and I am the Product Manager for Perfect World International. My role is to oversee all aspects of the products daily operations.

How would you describe Genesis to someone who has not play Perfect World before?

Clifton Chu: Genesis is set in the aftermath of the Pan Gu prophecy, which foretold the end of Perfect World. As a result, a new race called the Earthguard emerges from beneath the ground to help their fellow denizens to rebuild the world. This is where the game is set and where players will find themselves in the upcoming expansion.

An ancient Pan'Gu prophecy had foretold the destruction of Perfect World: There will be a time when the beautiful world will cease to exist as we know it today. [...] Where did you get the inspiration for the background story of Genesis?

Clifton Chu: Originally Genesis was named 2012 in China and the inspiration for the expansion came from the idea that the world will come to an end in 2012 as the Mayan calendar expires.

Does it have something to do with the Bible or the prophecy itself?

Clifton Chu: While not Biblically related, we came up with the name, Genesis to put more of an emphasis that this expansion is about a new beginning for both old and new players alike.

Talk us about the new race, the Earthguard. As far as we know, they come from the underground and they can foresee the future. Does it mean they can dodge attacks?

Clifton Chu: The Earthguard is one of the oldest races and had previously kept to their own affairs deep underground. While they foresaw the coming Apocalypse, they will not automatically have the ability to dodge attacks. However, what players can do is increase their Earthguards dexterity, which will increase evasion rate.

The new classes promise to be fun. First, we would like to ask about Mystic. What kind of abilities can we expect to use playing a Mystic? What kind of creatures can be summoned by a Mystic?

Clifton Chu: Mystics are a hybrid between the Cleric and Venomancer classes since they are able to heal as well as summon elemental guardians to fight by their side. Since the Earthguard have subterranean origins, the Mystics spells and creatures will be elemental and nature based. 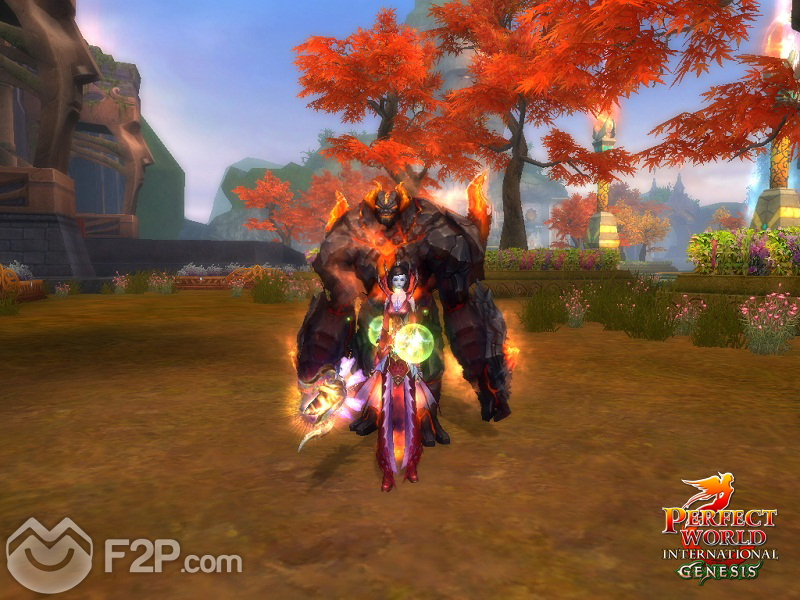 About Seeker, they guy with the colossal blade, we wonder how can someone carry a weapon bigger than him? Im just joking. How many attack stances does a seeker have? We know they change combat stances to open up special moves. Can we expect tons of damage?

Clifton Chu: There are at least three different stances and by performing a specific stance, you have a chance to add a debuff to your enemy in addition to any normal direct damage. When successfully applied, Seekers are able to chain skills to do additional damage. Seekers can use stances to their advantage and change them up depending on their foe.

Both classes can be male or female?

Clifton Chu: Yes, both classes can be male or female. 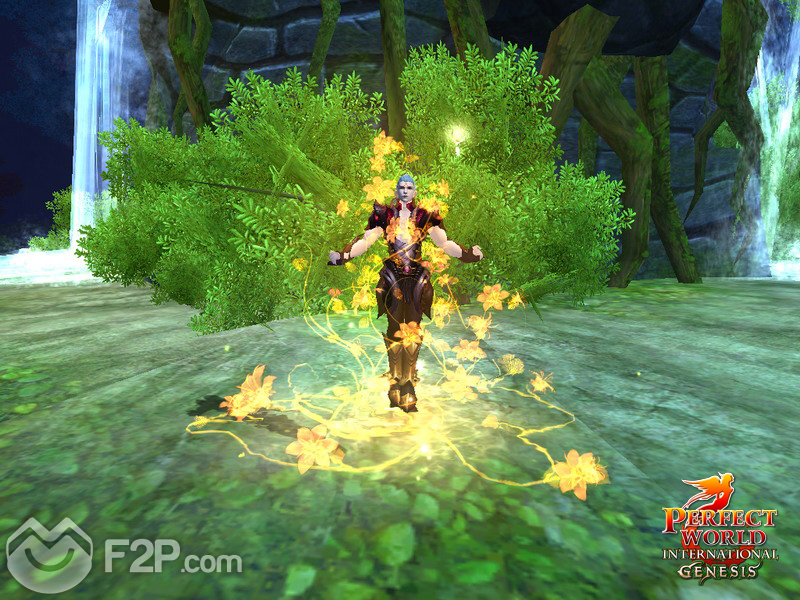 Could you describe the visual appearance of the lush forest cities of the Earthguard race?

Clifton Chu: Players who start off as an Earthguard will experience firsthand their lush forest cities filled with vegetation, warm earthen floor and dwellings built high among the cliffs with waterfalls. Throughout the city, players can view the monolithic face motif with their simple, yet primal features, which speaks to the origins of the Earthguard.

Genesis doesnt come just with a new race and two new classes. Players will see new guild bases. What does this mean? Now, Factions can create their own bases, which can be built to provide the faction special shops. But players will need to battle and control resources to be able to build these shops. It seems a pretty fun and innovative gameplay system. What do you expect from it?

Clifton Chu: Guild bases will be purchasable, but will be restricted to level 3 guilds, which have a 200 member limit. Guild bases will have four wings that will be available from the start. These wings can be upgraded through guild members completing daily quests and will unlock new content including faction-specific quests, fashion, skill books, equipment, items and gear. 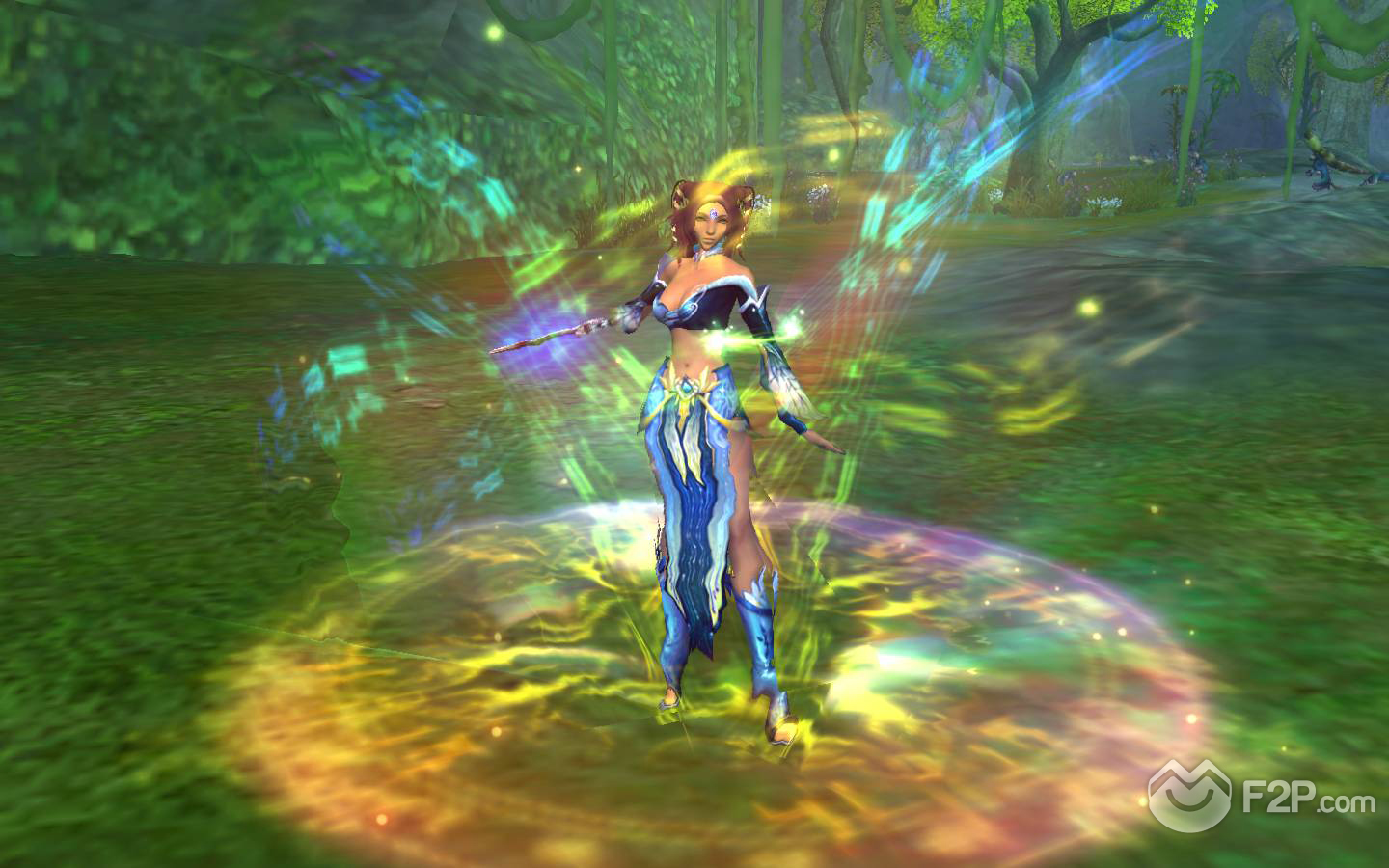 PvP matters. Its obvious. What are the new lands on the Territory War map?

Clifton Chu: The Fissure, Starry Wilds, Tellus City and Snowdragon Heights will be added to the lower left hand corner of the Territory War map. We will also be resetting the entire Territory War system, which means all territories, including the four new ones, will be up for grabs to any guild.

And if this were not enough, you are introducing a new manufacturing skill. What kind of items can we get through this new skill?

Clifton Chu: Runecrafting will give players the ability to craft powerful runes that produce various buffs and effects. Crafting is a popular feature in the game and with Runecrafting being open to all races; all players will have a new crafting skill to master.

Clifton Chu: With Genesis, we are introducing new fashion sets to all races and on top of that, some sets will unlock new dance moves, which will add a unique touch that many gamers will appreciate. 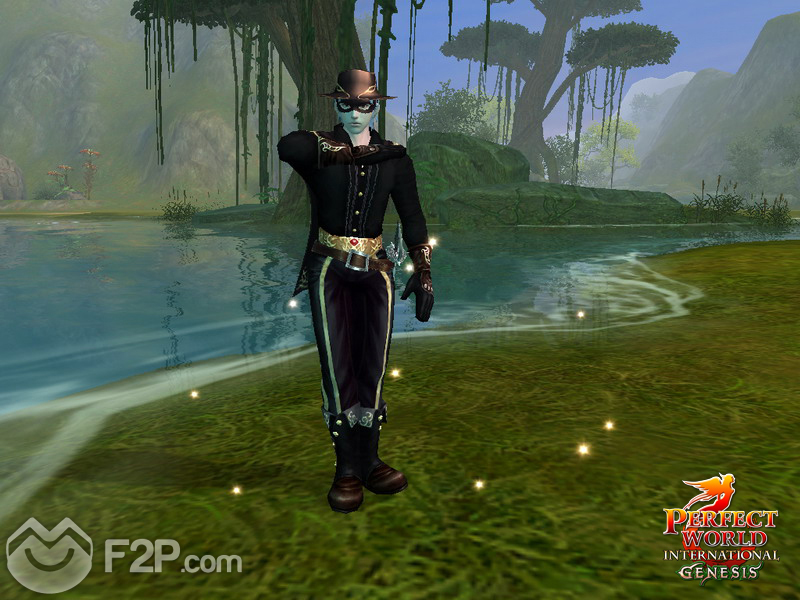 Recently, you have announced the launch date for Genesis: March 2. Will we be able to pre-download?

Clifton Chu: There are no pre-downloads for the expansion. Players who currently have the game client will automatically update when the expansion launches on March 2 and players who do not, will be able to download the new client the day of launch.

We know is soon to talk about, but What's next after Genesis? Has Perfect World reached its limit?

Clifton Chu: Since launching in 2008, Perfect World International is still going strong and is better than ever. We are dedicated to providing players with the best online gaming experience across all of our titles.

Clifton Chu: Thank you for your time and we are looking forward to launching Genesis on March 2.

One thing that we like to say to players who still might be on the fence is that since our games are truly free-to-play, you have very little to lose by trying them, but a whole lot to gain, especially if you are tired of paying a monthly subscription fee.

Thanks you so much. We will see you there on March 2nd.