SG Interactive has announced that Pangya: Tomahawk has beginned a crossover event with the Pangya’s interactive browser game, Treasure Hunt, that arrives with rare in-game rewards. From now and lasting through to September 5th, Pangya Tomahawk players can spend the twilight of summer winning in-game prizes while they play their favorite courses. 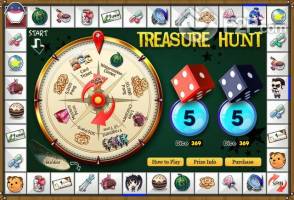 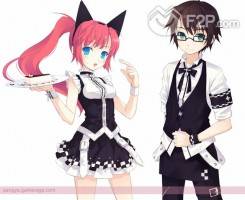 During this limited time event, players will earn chances for Treasure Hunt dice simply by playing nine or 18 rounds of golf on any of Pangya’s challenging courses. Players then use the stored dice to move caddie Dolfini around Treasure Hunt’s interactive game board. Every space on the board has a chance of earning in-game rewards like new comets, character power-up and Pang, Pangya’s in-game currency. Players must be wary to not land on Kooh, Azer or Arin, who will challenge them in three unique mini-games and possibly undo their progress.

“As we come to the end of summer, we wanted to treat our players with a new spin on the typical in-game event” said Joan Kim, Pangya producer for SG Interactive. “The result is Treasure Hunt, an online board game that that is powered by Pangya gameplay.”