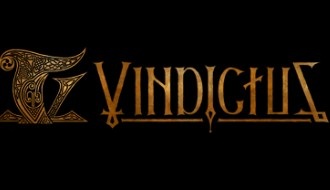 Nexon America has announced that it will start the open beta for Vindictus on Oct. 13, allowing all players in North America to participate in the game. In preparation for the Open Beta, service for the Early Access to Open Beta will end at 10:00pm PST on Oct. 5. Vindictus is currently in the Early Access to Open Beta phase, and all players participating in the current beta will be able to bring their characters, rank, loot and other earned elements into Open Beta, all the way through the games live launch later this year.

The new dungeon, Ainle, will be accessible from the boat on dock three and is the home to a variety of new horrifying monsters and bosses, including fireball-throwing vampires and evil goblins. Hordes of monsters have invaded Ainle, a once quiet and idyllic town, causing its citizens to flee in terror. Players need to defeat these evil creatures, using all weapons available, including hurling the corpses of their defeated enemies at the attacking mobs.

Prior to entering these brutal, action-packed battles, players can now customize their avatars to look their best in battle with visits to dye and beauty shops to help make unique hairstyles and facial features.

Vindictus new fishing feature gives players a chance to gather loot by catching big fish off the boat dock, allowing them to take a break from bashing in monster skulls. Players can also access the newly introduced enhancement system to strengthen weapons and armor. Additionally, the new guild system will allow players to find their friends and create monster-bashing teams.