Ngames has release some new systems in its pirate MMO Pockie Pirates based on the manga One Piece. The game has introduced a feature that allows the winner to a PvP combat to become the master of the loser, that he becomes the slave of the winner. The masters win rewards of all kinds while slaves suffer the vicissitudes of the easement. 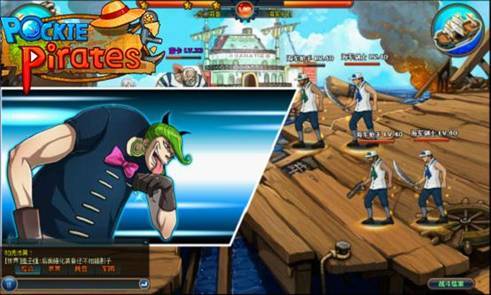 Pockie Pirates players can also further their power and stature through the Shadow system. From Lvl.50 onwards, pirates can enter the Shadow Workshop to exchange silver for special demon shadows. When equipped, the shadows imbue players and their crews with special attributes and abilities, increasing their base stats to unimaginable heights.