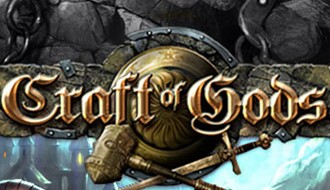 The new patch will introduce new content for both the P2P and the F2P servers of the game. It will not only fix many bugs, introduce new items, mobs and quests (including a Social Quest that will give out Kuns for every friend invited), but it will also introduce in the game many new features, some of which have been in the works for quite some time, as well as a new AI for many mobs, that will now make use of powerful spells and buffs.

The first interesting feature to be introduced will be the Cave of Tallion, a huge dungeon with 2 entrance one for Light players and one for Dark players divided in three areas. The first one is open to everyone and features also 4 bosses and some quests for both factions. The second area is closed by a gate players will need to do a quest in order to get a key to enter there. The area in inhabitated by higher level mobs and other strong bosses. The last area is closed by another gate that needs a key too. In the last area there is the strongest boss of the game: "The creature".

The patch will also introduce in Craft of Gods three new battlegrounds (one for levels 1to 20, one for levels 20 to 40 and one for levels 41 to 60). Players can register in the queue to enter the areas by talking to an NPC that will be located in every town; the battleground will start when there are at least 2 players for each side in the queue. Each event lasts 30 minutes, the side that will reach the highest number of kills will come out as a winner.

Last but not least, events will be introduced in the game. There are four types of events: mob, drop, quest, double exp. Each event is announced with a server message. Mobs event will see a special mob with special drops appearing in some maps for a limited period of time.

With regards to quest events, an NPC called Herald located in the two towns during an event will give out some quests that will have to be completed during that same event. Drop events will feature mobs dropping special items needed for quests only during the event: so players can get the quest in any moment but the items will be dropped only during the event. Finally, double exp events will provide double exp from all the mobs for as long as the event lasts.

The patch will be released on October 14th.