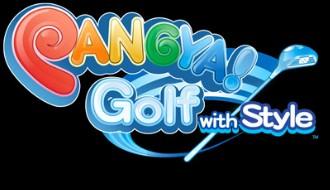 Ntreev USA announced today the premiere of the first comprehensive, completely in-game guild system for Pangya. To celebrate the launch, Ntreev has launched two new events including the Pang Race and a Photo Event going on now through September 29th.

The wait is over for players to join a Pangya guild. Pangya fans can now create, join, design and manage their guild with this all-inclusive new in-game guild system. Three new items have been added to the Pangya shop to help players create and design their very own guilds! Players can purchase the Guild Creator and Guild Designer from the item shop to effortlessly build and manage their guilds, and if players arent interested in creating a guild, they can simply join one through the guild button located in the lobby.

We have been working very hard to incorporate this highly-requested guild system for our community, said Chris Lee, CEO at Ntreev USA. We think its speed and ease of use will be a very valuable asset to players.

Guild system launch event
The Pang Race is the first of the two events going on now. In the Pang Race, Guild Pang can be earned through guild battles as players gather their members to fight other guilds. The more members players fight with, the more Guild Pang they can win! The top 10 guilds with the most guild pang will receive special prizes including Gacha Coins and Scratchy Cards. Players can also gather their guild members for the Photo Event where they will pose for a group picture of ten members or more to win cool prizes. The three guilds that look most unified in the screen shot can win Dupes, Love, Chocolate and more!