Digital Extremes, developers of Warframe, have announced a new free to play title: Keystone, a first person shooter that mixes deck-building strategies and shooter mechanics. The first Closed Alpha test will take place from May 26 to May 29, and players can sign up for a chance to participate.

“The long-running success of Warframe has enabled us to build up a second internal team to create a wholly different but equally satisfying game concept that we're really excited about,” said Sheldon Carter, studio head at Digital Extremes. “Keystone originates from our roots in the FPS world and mixing genres like we have done with Warframe. We believe there's room to expand the confines of what defines a good FPS and hope our community will see the potential and get on board for the ride."

Keystone takes players to a multi-verse set in the 1970's retro-pulp era. They'll get to use decks of cards to enjoy new abilities and weapons. Stay tuned to learn more. 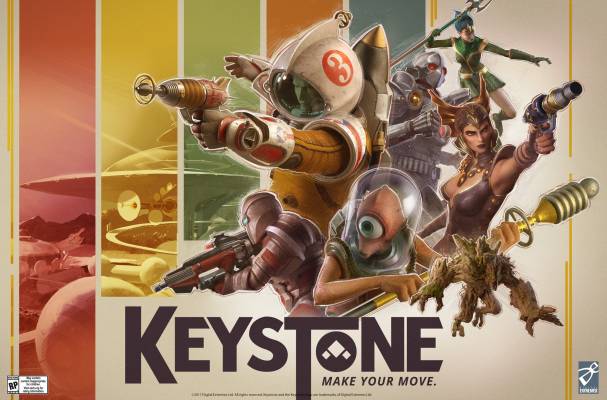