Gala Networks Europe has announced the launch of a new expansion for Castle of Heroes. Titled Rise of the Guilds, the new content brings a host of enhancements and will go live this afternoon in English, French, German, Polish and Italian. Rise of the Guilds introduces many new features, such as the grafting and forging systems, opening up huge potential to upgrade in-game items. Players can increase the basic physical attributes on their precious equipment, or even move physical and magical attributes from one weapon and armour to another.

Also new to Castle of Heroes is the Personal Ranking Battle PVP system, which allows all players to prove their skills and challenge other heroes. Further to that, players can create an exact copy of their hero to fight Personal Rank Battles, while the original hero performs in the regular game. More customisation, optimisation and specialisation comes with the Refugee Camp, which gives all players the opportunity to exchange their army with units from other playable races in Castle Of Heroes. 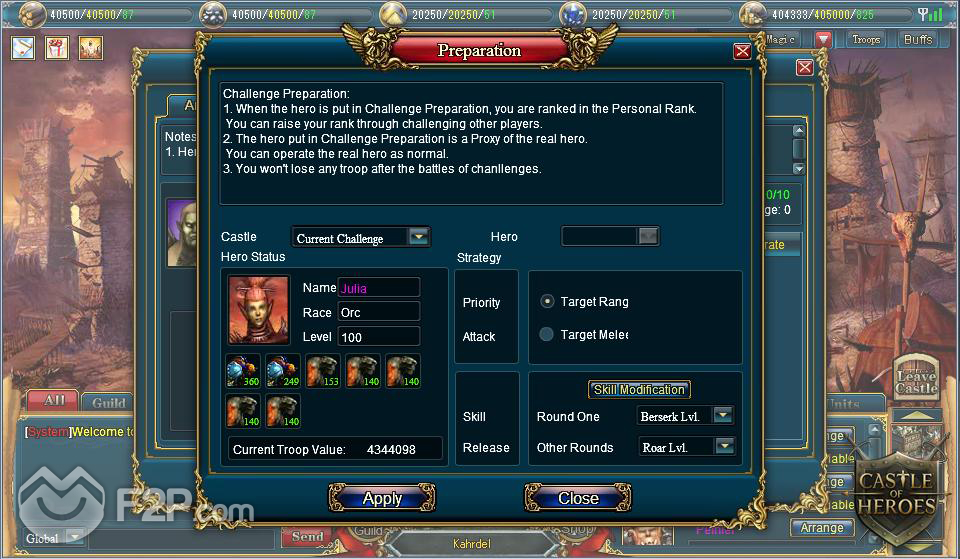 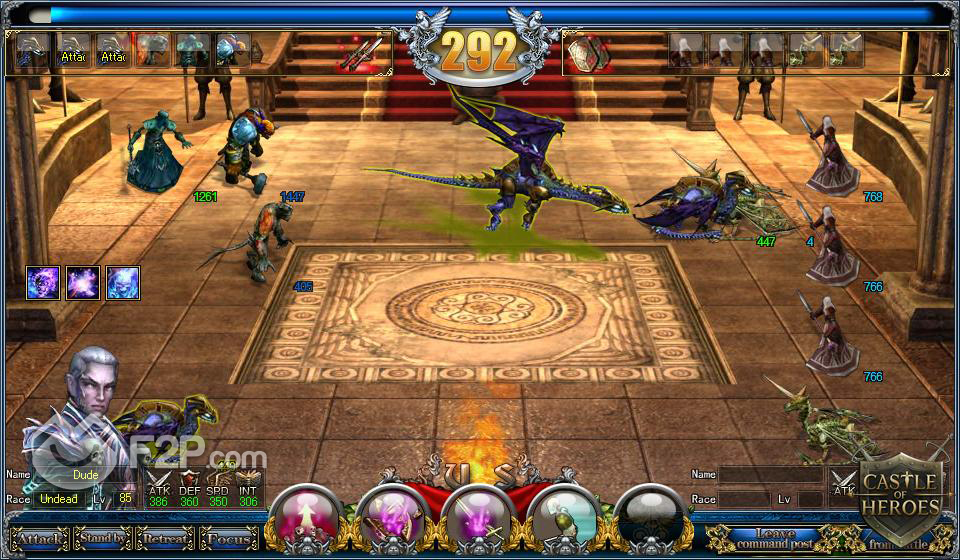 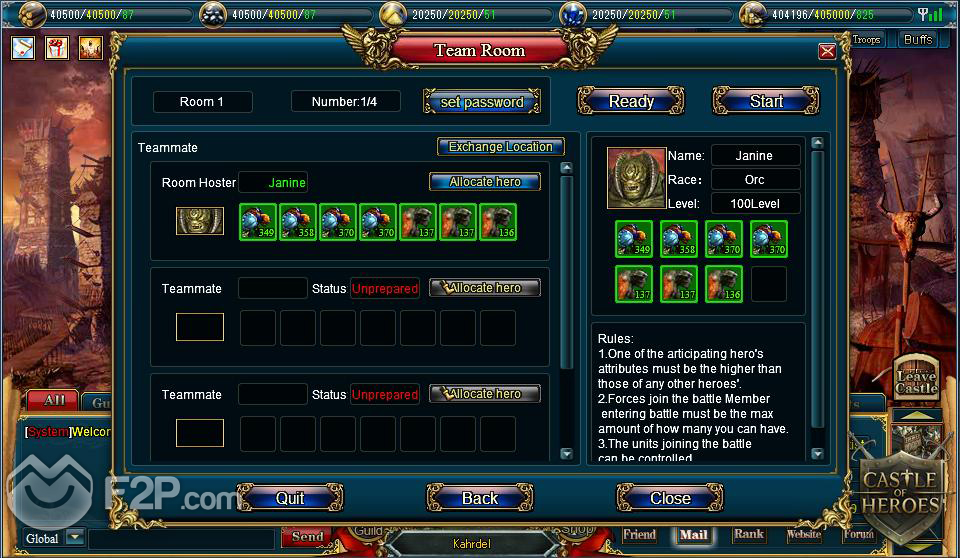 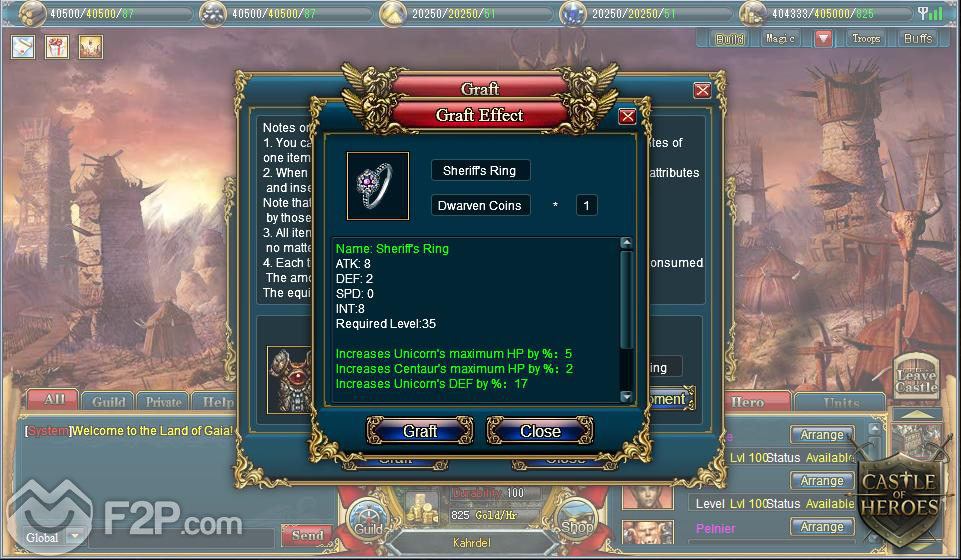 Last but by no means least, guilds are also getting a range of enhancements and improvements with Rise of the Guilds. New buildings including a university, a mercenary camp and guild houses will be available to further enhance hero stats for guild members. Additionally guilds can now participate in exciting and challenging guild instances, to get more experience and resources. 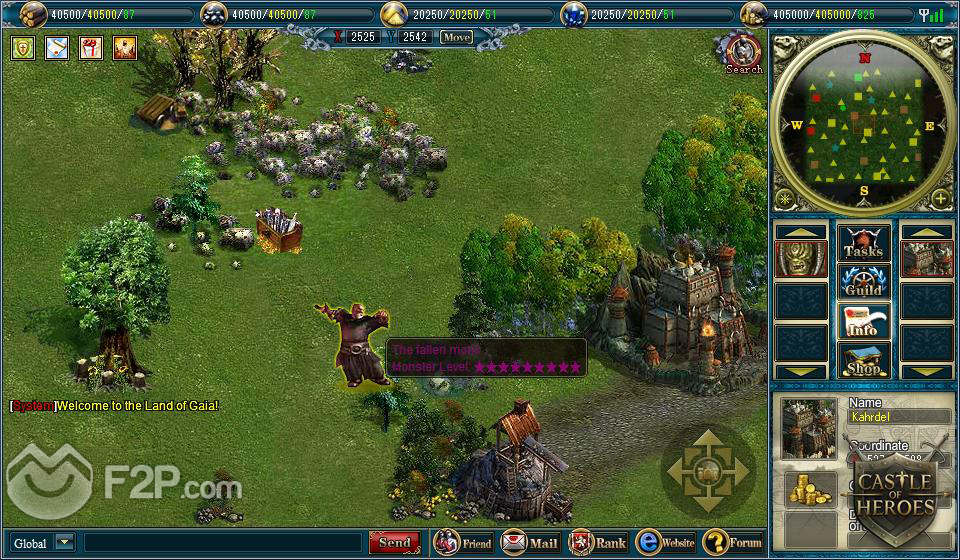 To celebrate the launch of the Rise of the Guilds expansion, the Castle of Heroes team has prepared many different events in the upcoming weeks, each one featuring great rewards for participants. Players can show their creativity and imagination in the Build Your Castle event. For all guild members and their masters we have prepared a Guild Buildings event where all guild members will work together to earn guild rewards. Players that prefer fighting rather than painting should take part in the Super-Hero event, where they must challenge a powerful hero in order to win great prizes like Dwarven Coins.