New Details About the Next Hearthstone’s Expansion

The Grand Tournament is the newest expansion for Hearthstone, coming this month, and it will introduce all-new cards and a new gameplay mechanics. Blizzard is showing it during this year's Gamescom and along with 11 cards revealed today, they showed us the new "jousting" mechanic, which gives certain cards the ability to reveal a minion in each deck and win a special advantage for the player if their revealed minion has a higher mana cost than that of their opponent. 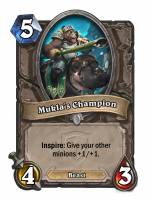 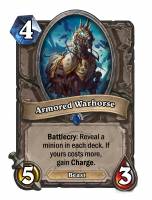 This expansion will feature 130 new cards and it will introduce the "inspire" ability, an ability activated when players use their Hero Power, triggering Inspired minions to do anything from giving other minions +1/+1, to gaining Windfury, or even restoring health to your Hero. 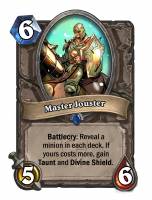 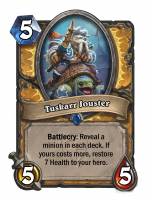 As always, players will be able to purchase The Grand Tournament card packs through the in-game Shop for gold or real money at the same price as standard card packs.