Starting from August 14,  Neverwinter players will be able to play a brand new race, the Dragonborn, an honorable race which will enrich the gameplay experience along with the new Scourge Warlock class.

Nevertheless, since this pack looks quite expensive, we hope there will be a free version later in the future for those interested. 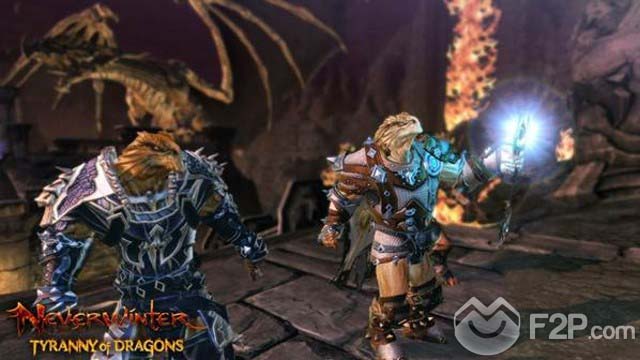 For your information, included in the Dragonborn Legend Pack are:

– The Dragonborn Race – An account-wide unlock that grants players full access to the Dragonborn
– A Race Change Token – A one-time account-wide unlock that lets players change their existing characters to Dragonborn while retaining their level and in-game items
– Heart of the Dragon – A new artifact allowing players to breath fire, and Dragonborn players do extra damage
– Ring of Dragon Slaying – An enchanted ring that allows players to do extra damage against dragon foes
– The Gemfinder Enchantment – An enchantment with draconic essence that summons Will O’ the Wisps that find valuable gemstones as players fight
– Dragon Glyphs – Two overload enchantments that power weapons with elemental fury and heightened defenses
– Dragonborn Ceremonial Fashion – Gold flecked fashion items used for special occasions
– Dragonborn Warrior Fashion – A roughen leather fashion set for epic battles
– The Draconic Enchantment – A powerful enchantment that adds three separate stats in either an offensive or defensive enchantment slot.
– One Character Slot
– A 30 Slot Bag
– Bahamut Regalia – Normally obtainable by attending real-world events, the Bahamut Regalia is five pieces of extra powerful gear granted by the metallic dragon god Bahamut