Nexon America just launched the closed beta for its naval warfare real-time strategy MMO game: Navy Field 2. The closed beta will run until April 10 and will give players the chance to enjoy a large portion of the game's content like destroyers, cruisers and battleships from USA, Japan, Germany and United Kingdom. 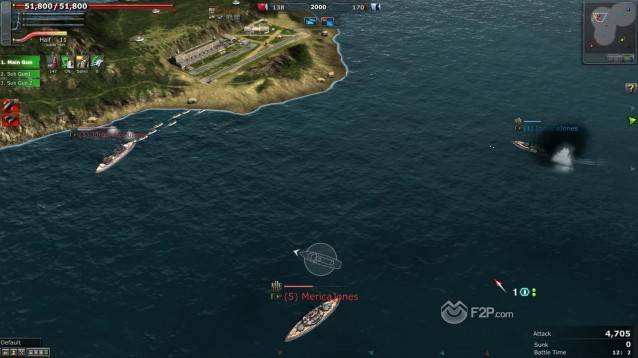 “Navy Field 2 drops players right into the middle of massive naval battles with a wide array of heavily-armed ships from World War I and World War II,” said Jake Han, Nexon America’s Associate Director of Production. “The combination of instant action and real-time strategy stands out with a balanced battle system where simply having the biggest guns may not be the way to win a battle. I think players are going to have a blast building a fleet, setting strategy and plunging into the fight.”