Myth War II Online has introduced ancient Holy Beasts, which are rare, and highly coveted for the high values of their 4 original attributes. With such impressive stats, they make ordinary pets look like lapdogs in comparison. Another unique feature is their ability to evolve twice, changing their shapes each time.

Berserkers
Bad tempers personified, Berserkers are the loyal guardians of Ghostdom. Those who arent careful of their legendary weapons may not live to regret it. (Growth Rate: 1350.)

Chaos Wisps
Formerly seen only in the Necromancer Forest of the dark world, these wicked plants look like corpse flowers and are surrounded by a deadly green gas. (Growth Rate: 1350.) 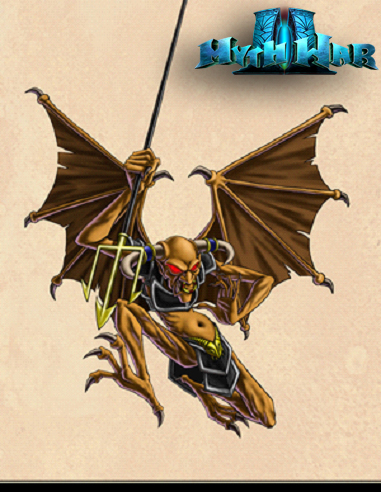 Dark Dreams
They are the fastest holy beasts from the dark world. Their demonic wings and lightning-quick speed are impossible to overlook. (Growth Rate: 1350.)