You can use different controllers | from gamepad to joystick | intense fighting, future connectivity to World of Tanks | highly detailed aircraft.

The dogfights are hard if you've never played this kind of game | the variety of maps and modes is rather small | you won't like the game if you don't like aviation simulators.

Recently our team had the opportunity to participate in the closed beta of World of Warplanes the flight combat MMO action game developed by Wargaming.net, in which you can play as a seasoned pilot during the Second World War in frantic aerial battles where each player's skill is essential to win. 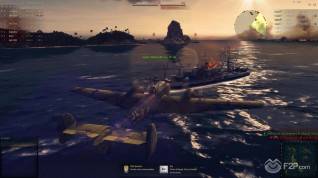 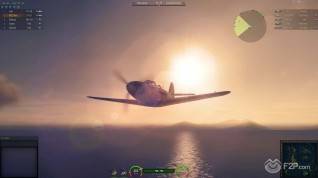 The guys of Wargaming were very kind enough to provide us with an account full of money and experience, with which we could buy all the airplanes and enhancements available in the game.

The first thing we found upon entering the game was the hangar in which we could see the detailed 3D models of the planes that we own, and several menus in which you could see the different planes that you have as well as their details and specifications, the technological trees of each country, the chat and of course the button to get in to queue for battles.

As we explored the different menus, we discovered that we could customize every aircraft that we had in the hangar with different painting schemes and markings, detail that it is welcomed, because despite the fact that there is a huge selection of aircraft, making them more unique is a nice touch. 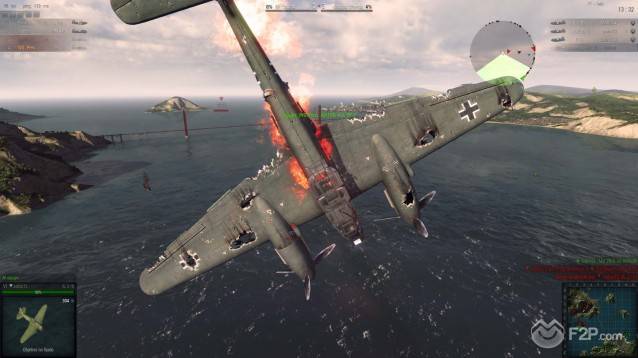 When this was done we decided to explore the different technology trees; up to now the game has 4 different trees among which we find America, Germany, Russia and Japan. In every tech tree we find a huge selection of aircraft, each one with a role. Virtual pilots will choose from three main warplane classes like the single-engine light fighters capable of engaging enemies in close dogfights, heavy fighters with their deadly straight attacks, and strafing aircrafts, the fearsome threat for ground targets.

At the beginning we only had available a few aircraft of the lower range, but when you complete missions you earn money and experience that you use to purchase warplanes and better equipment. After exploring the trees a little bit, we opted for the Soviet side (this choice was merely aesthetic) and after customizing our fighter, we were ready to fight! –Lord, have mercy!- 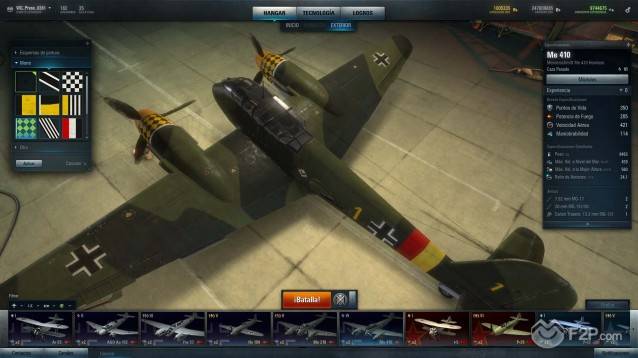 When we pressed the "battle" button, several combat options appeared, like “Standard Battle”, in which we can deal with other players, “Individual Battle”; perfect to train because in this mode the battles are against bots and finally the “Team Training Mode” in which teams of players can compete against other teams.

Since our team had no experience in these type of games, we decided to deal with Bots, as against them we would at least have a chance. In this way we learned the basics of the game, like how to move our planes (within reason) and how destroy the enemies, and although we only tested the game with keyboard and mouse, and Gamepad (the game can be played with a joystick), the controls were very fluid.

The objective of the game is simple, destroy all enemy planes or destroy the greatest number of enemy bases until your team reaches supremacy. Our first experiences were rather chaotic, since despite the fact that controls were accurate and responded well to our orders, we didn't control our moves very well (we crashed more than once on the ground) but after a few games against bots, and after reaching the conclusion that we were pretty bad, we finally decided to play against other players. 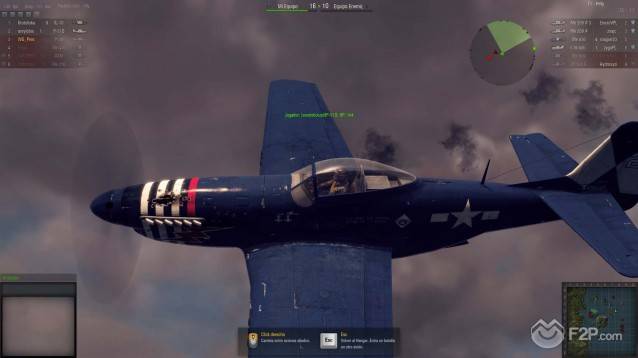 The first impression I will say is that the game is fun and somewhat difficult, the airplanes are very well recreated and scenarios are well built, the game provides a sensation of great realism, because you are really fragile and to destroy the enemy or dodge their attacks is a matter of skill. The skirmishes are impressive; you can find yourself involved in a dogfight doing acrobatics while looking for the tail of the enemy warplanes and, despite how bad we were, we were able to shoot down some warplanes!

Each plane has a distinct role, either eliminating enemy planes or making devastating ground attacks, and each plane is different, since it has a different maneuverability, acceleration, shielding or speed. Faster aircraft are usually more fragile, while the slowest are more resistant and withstand greater amounts of damage.

When you participate in a battle you can see how your plane will receive damage, even seeing how it affects its performance, because if you are hit, it will affect your mobility, which is very realistic. You cannot throw yourself into a dogfight without thinking of a strategy, as undoubtedly you will end up as a ball of flaming junk. After some training, you can become an ace, and the enemy will fear you! 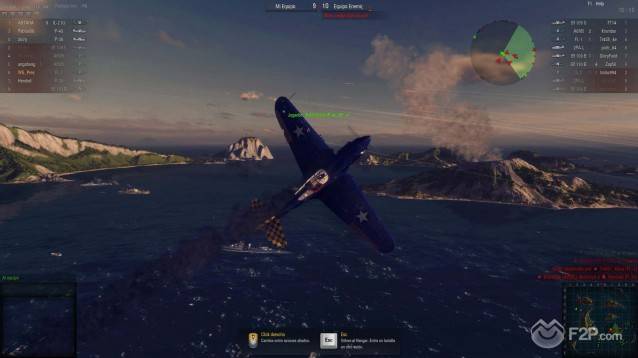 The developers have put a lot of care and attention into the PvP, making it fun, frantic, and dependent on the skills of the pilots, which highlighted just how bad we were.

There are several factors in the skirmishes that make them more interesting, for example if you put the sun at your back, your enemies have more difficulty aiming you, because the sun reduces visibility, or if we overheat the engine we will lose the ability to accelerate. Also aiming properly is an art, though the game helps you with a grid to know where you have to shoot to hit the enemies is an arduous task, and controlling your plane requires some skill.

The game is very carefully detailed, aircraft are super realistic, being faithful recreations of their real versions. Atmoshperic graphics are very detailed and very polished including the visual effects which are spectacular with realistic explosions, rain of bullets and bombs.

The sound is very well managed, from the moment that you enter your hangar you can hear the roar of the engines, or the mechanics performing repairs. In the battles each plane has characteristic sounds, and is a delight to hear machine guns in action, or the roar of several aircrafts fighting. The military-themed music on the other hand, despite being well done can become monotonous.

The maps are quite varied, and so we could see ranging from Pacific Islands to European shores, and although the range of maps is not too large, they play their role. 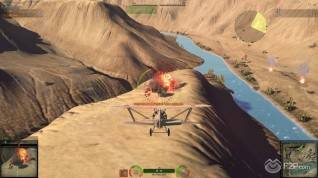 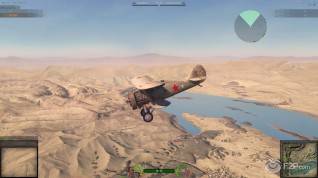 In the game you can buy gold, the Premium currency with real money, with which you can buy a Premium account, special warplanes, and turn it into normal credits or experience.

On the other hand, you can convert the currency of the game, the credits and experience, to gold, so with patience you can purchase Premium products that the game offers.

In this way despite having an option of paying for Premium items, if you're dedicated in the game and don't want to spend a penny, you can also get everything you need. 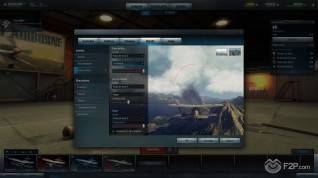 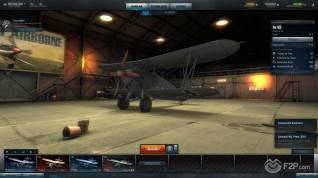 Good graphics, great sound, a very well-achieved atmosphere, intense fighting... In short, the game stands out, even more if you take into account that it is Free-to-play! So whether you are a fan of the genre or not, it’s definitely worth giving it a try as this game stands out from the rest.