Exceptional environment graphics combined with the effects and the level of detail on the tank models is perfect, which captures the realism of the game creating a much more immersive experience.

A little difficult to control the tanks and so it takes a while to get around due to them being so slow, especially when respawning at the other side of the map it can take a while to get back into the action.

Recently we got the chance to check out War Thunder’s new Ground Forces expansion that is currently in closed beta testing; with the recent partial lift that Gaijin has allowed we can tell you about our brief time in game and just exactly what we got up to. The game is still in testing and everything is open to change, as well as any visible bugs, but we have to say that our brief experience didn’t flag up anything that was obviously broken. 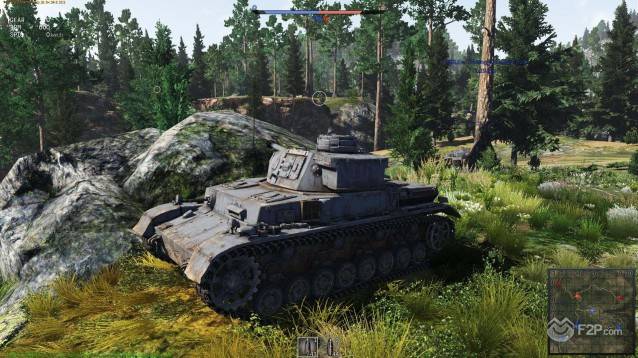 In war thunder players are able to take to the skies in aviation based combat set in World War II, the main focus in the game has always been aerial combat but now with the new expansion players can focus on driving tanks and armoured vehicles to fight the war by land, still set across key locations from World War II and against players from across the world.

The loading into the game we were able to choose between either Germany or the USSR for the purpose of testing and had a handful of tanks available for each faction. Similar to the main game the vehicles have been meticulously designed to reflect their real-world subjects and so the stats and specs match up as accurately as we can imagine they would. Your initial selection isn’t important that you can switch between your different vehicles each time you die in game and need to respawn (though I suppose if you never plan on dying then your initial selection is pretty critical…) 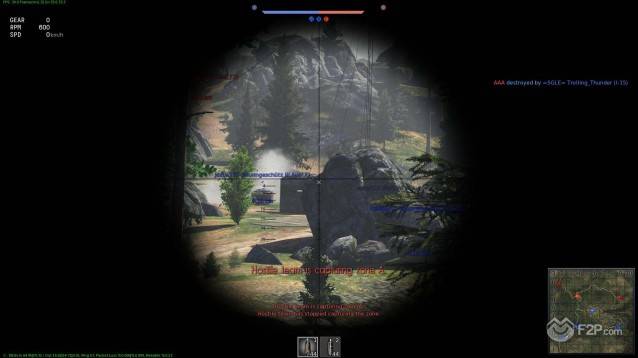 At the loading screen prior to entering a match you are informed what both yours and the aircrafts objectives are, as both planes and tanks can play on the same map. Typically for the tanks you are tasked with destroying the enemy tanks and capturing specific objective locations, which is the whole purpose of the game. By sitting on a capture location with your tank the location slowly converts over to your team, the more locations you control your points start to slowly drop, the first team to reach 0 wins the game.

Targeting works with directional controls based off the rotation of your tank turret but also takes into account the current angle that your tank itself is pointing, so that every piece of terrain shifts your vertical aim as you drive over it. With no auto targeting it does require an element of skill and definitely good tactics and team work to get the most out of the game, as a solo driver we did feel a little out of our league going in alone. Using walls, structures, rock outcrops and even trees as cover and waiting for your enemy appears to be one of the best strategies as opposed to going in gung ho and being ambushed by an enemy group. 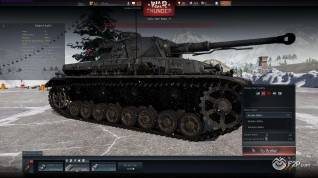 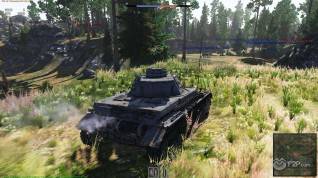 Depending on your chosen tank you have a number of different weapon types available, some of the faster tanks are able to fire quicker consecutive shots, with quick reload times but have exceptionally low armour and typically only take one shot to kill. Alternatively there are the more heavily armoured vehicles, which often come with two types of ammo that can be switched between them as if cycling between two weapons, which can take a few extra hits before exploding into flames.

Driving can be a little tricky and the speed at which your tanks move, at least the completely non-upgraded versions, is pretty slow meaning getting across the map can take a while, even longer if you keep dying. That said with a little bit of time and effort and some more experience under the belt we feel the expansion is going to be a more than welcomed addition to the game. It looks and sounds stunning, the intricate details that have been placed in the game did title proud and really made for an immersive combat experience.