We took some time out to play Ragnarok Online II: Advent of Valkyrie, a fantasy-based MMO RPG from Asian developers Gravity, creators of the original Ragnarok Online. The game takes from the Viking/Norse mythology, the main story arc revolving around the antagonist goddess Freyja and her faction of ne’er-do-wells. We thought we take a first look at the game and see what it was all about.

Registration and signup was relatively easy, though it’s in trouble downloading the client from the official website we were fortunate that it is also accessible through Steam and so we were quickly underway after downloading the reasonable sized client. 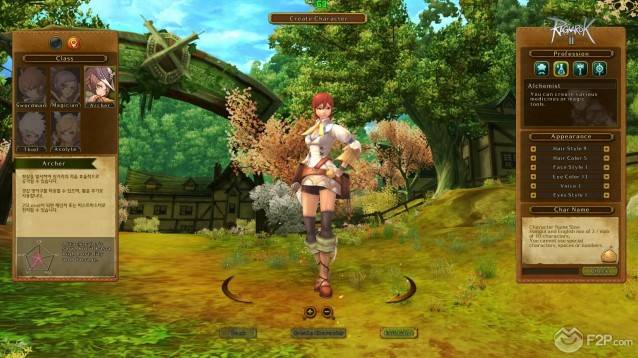 Slipping into the game we were faced with a relatively simple character creation screen where we could choose from five different classes for the human race and one class from the “Noel” fae type race. The classes all cover the main roles that you expect in an MMORPG players are able to specialise once they reach level 25 into one of two subclasses. From here players are also able to choose their own job, pulling professions directly into the character class and allowing players to choose them early on (whether these can be changed in game later we’re not sure). Players have a handful of premade appearance slots that they can scroll through to change hair, eyes and face as well as choosing a voice for your character and giving them a name. 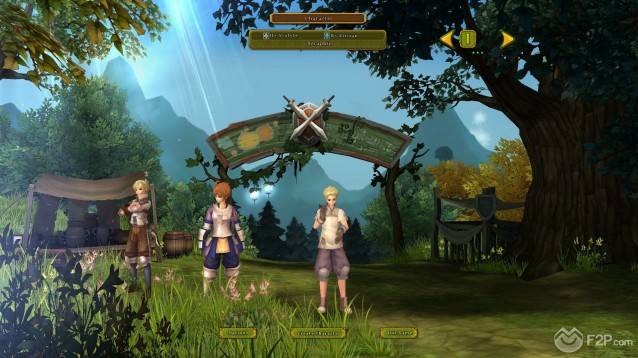 One of the interesting implementations with creating a character is that the game allows you to create a level 50 character, though you can do this only once, which instantly allow you to choose one of the specialisations. We thought we try out the Acolyte class and try the Monk subclass and see how we get on… probably not our best decision. 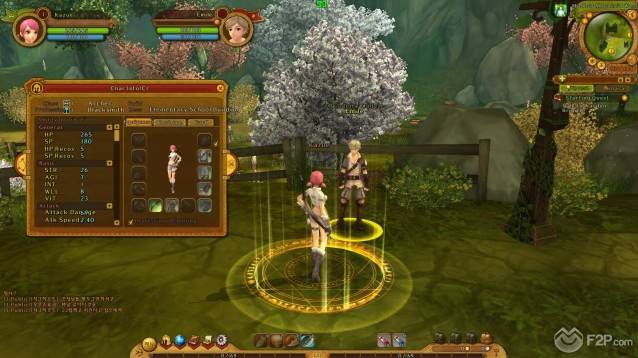 Not sure whether it was simply because we chose to play a level 50 character but there was very little in the way of guidance when we got into the game, though as Gravity don’t seem to be trying to reinvent the genre with a few button pushes to open some menus we quickly worked out what we needed to do and where we need to go. That it appear to be any quests nearby so we simply went attacking stuff willy-nilly, though we couldn’t seem to use our level 50 skills (as we had 50 talent points to use to upgrade our character as you would normally get through normal levelling). The main reason this seemed to be was because we needed a fist weapon, one that we didn’t have nor one that we could purchase from the low-level NPC’s that were in the starting area (presumably this weapons are for monks which are only level 25+). Being given the choice of creating a level 50 but still starting in the newbie starting area with no money and no gear we found to be quite counterintuitive. 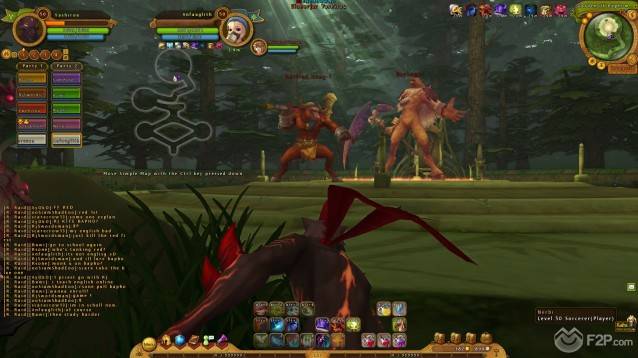 From what we did see of the game, as we for the most part avoided the arduous slow combat using our basic attack, there was a nice card collecting feature where players can pick up cards of the monsters that they kill the random loot drop (though whether there is a built-in card game when not sure whether it is just a nice collection). We couldn’t seem to get any quests in the starting area (though did find some in the next zone) but there was a “Khara” system, where we could pick up tasks that acted like quests and gave all is rewards of loot, XP and titles and so act is more like an achievement based system. 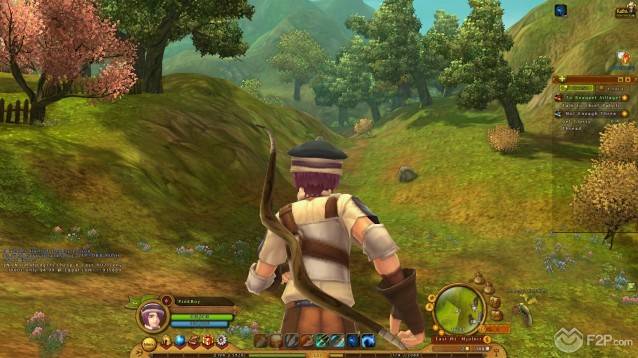