We checked out the recently launched PC version of Vikings: War of Clans, the latest strategy MMO from Plarium, the developers behind Sparta: War of Empires, Nords: Heroes of the North, Pirates: Tides of Fortune, and many more. The game is a free to play browser-based title that offers a traditional resource gathering strategy where players need to build up their stronghold, form an army and battle against the AI and other players.

From the outset the graphics are pretty decent and if anything Plarium know how to make a good looking game, from general tech artwork, user interface to the bustling clan stronghold with full animations; it's nice to not look at a static screen and it really does bring your city to life as you watch it progress, truly, it is impressive and fun to look over and see all the little characters doing their tasks. The tutorial element of the game was narrated by an NPC and guided us gently through the main functions and features of building construction and the ability to rush completion, training units for our army and making attacks on settlements. As we levelled up the game seamlessly transitioned into the normal game where the tutorials just became quests, if that's what you can call them, realistically they were just rewards for doing things we had to do anyway. 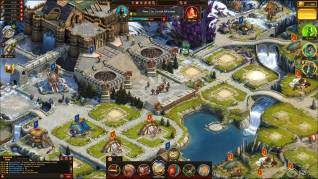 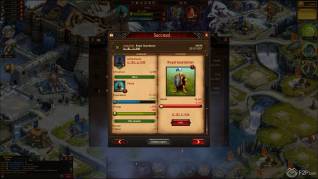 The early content is pretty dire, it was a series of building 4 lumber yards, 4 mines, 4 farms, 4 barracks, then upgrade your barracks, and your mines, and your lumber yards, etc. As construction and upgrading (and rushing completion) is nothing more complex than a series of mouse clicks the duration that this "gameplay" went on for was frustrating and excruciatingly boring. Plarium have, as many MMO developers do, fallen into the trap of watering down their early game and making it so simple, easy and focused on building up for "the end game" that they overlook that getting to that point just isn't, well, fun.

After around an hour of clicking we'd built up some units by this point, with thirty different unit types broken down into six primary categories and five different tiers we'll say it's admittedly a lot more than other RTS games of this type offer and with more units comes more options for our own army composition. The rock-paper-scissors element of troops having an advantage or disadvantage over each other is a staple to the strategy, so the more options the better. That said we're not entirely sure whether at late game where players with access to the six Tier V troops would both using the Tier I troops, so realistically other than the odd power spike where you unlock access to a new tier unit you're only ever playing with six primary unit types, with one of them being a "Scout" type and pretty much a non-combatant. 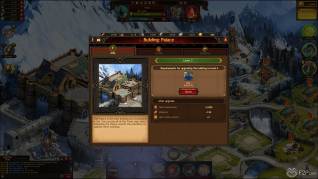 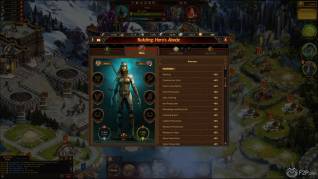 Combat is much as we expected and consisted of a Global Map that was littered with new player settlements, most of which were inactive as there were literally around 30 on our screen and all but a handful stayed at level 1. As well as players there were various neutral farmlands, iron deposits, gold fields, hewer's camp and lumberjack's sheds (giving you access to the different resources if you run low) and various Invaders and their lairs, which you could only attack if you unlocked the Knowledge tech to do so. You can send scouts to enemy combat targets to spy on them and find out what defenses they have, and then decide which unit types to send on an attack. As ever the combat is completely automated and our only involvement was mobilizing the troops and sending them off, after that it was in the hands of the gods and our "strategy", our successes and failures returned to us through a battle report, which gave the most important information that we needed but wasn't as detailed as some other games offer. 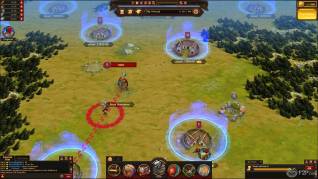 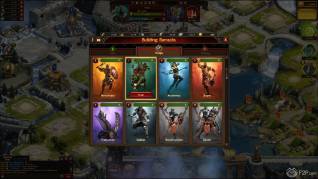 Anyone that has played a game by Plarium knows the drill when it comes to their titles, they have a tried and tested formula that works for them and looking at the Android Play Store Vikings: War of Clans is already doing really well. From game to game the mechanics and features are, for the most part, pretty much the same. The difference between each of Plariums' games is the theme, Pirates: Tides of Fortunes you build your "pirate haven", in Sparta: War of Empires you build up your Ancient Greek city, in Stormfall: Age of War you build up your castle; essentially the same game but with a different theme. Vikings: War of Clans is a Vikings theme... the problem is that, realistically, so was Nords: Heroes of the North (albeit a more fantasy version of them) and arguably a much better game with seemingly a much larger budget with its voiced over NPCs from celebrities. With no direct list of comparable features to put side by side it's hard to say what might be different between these two, or any of Plarium's titles, so we're not sure why if you're playing one of the others you’d want to play Vikings: War of Clans.

That aside, if you are looking to play a city building strategy then, for its foibles, Vikings: War of Clans isn't half bad and offers the type of gameplay that players interested in this genre would be looking for. It's sleek, looks great, is feature packed and generally seems to have a thriving community. 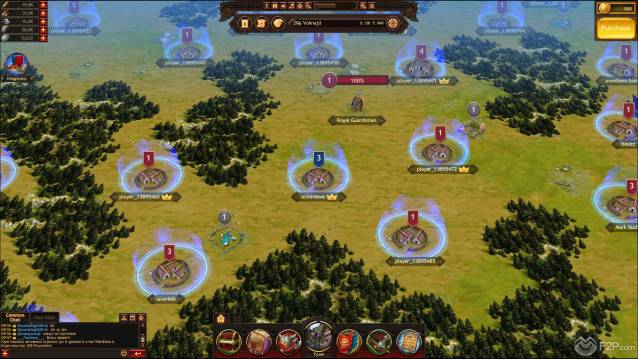