We recently took some time out to play R2Games’ Kingdom Invasion: Tower Tactics, a free to play tower-defense game where players must defend their lands from the onslaught of orcs & co. that emerged from dark portal to eradicate mankind. The game itself is a fairly traditional tower defense title on the surface, but behind the scenes has a surprising amount of features to create a generally well-rounded game with a few exceptions. For our play through we managed a couple of hours to get to grips with the main aspects of the game, taking us up to level 10 before we couldn’t actually go any further; if you’re wondering why then read on.

Graphically the game has a nice illustrative cartoonish look, with well-designed graphics and a similarly styled UI we can’t knock the way the game actually looks and animates, movement of enemies traveling down the lanes is fluid (laggy performance issues aside from time to time) and generally looks top notch. The sound/music is a little more frustrating, whilst decent enough in quality and composition it does get a little repetitive, more frustrating is that there’s no built in volume so your options are on or off unless you start fiddling with your computers own sound for the browser window. 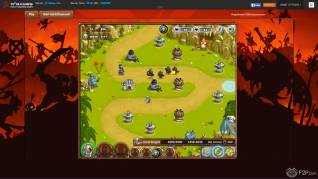 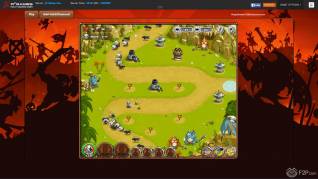 So the game. The core of it is a traditional tower defense, you have a lane that enemies travel down trying to reach the end (and in doing so you lose health points for each enemy that makes it there), to stop them you primarily have to construct towers that will attack any enemies that pass by. Unlike some tower defense games you are in fact limited to specific plots that you can build a tower on and so too are limited in the number for each map, the resulting being that you have to really think ahead of what types of towers you want to place in each location.

There are four base tower types; Arcane towers that shoot customizable spells, Archer towers that do quick long ranged attacks, Cannoner Towers that do AoE splash damage and Barracks that will summon a number of knights to battle enemies on the path whilst simultaneously blocking them from advancing (until the knights are killed and they respawn a few seconds later). Towers, of course, can be upgraded during the game as you acquire Goods, resources picked up with each enemy you kill as they appear wave after wave with more powerful enemies dropping more Goods. Towers during a battle can be upgraded into new types of towers, improving range, increasing armor penetration, or a number of different variations; to get access to these variations players need to spend gold earned through winning battles (and various other systems) to progress down the technology tree for each tower adding an element of customization to your advancement.

Where the game falls down on areas such as full freedom of tower placement it makes up for it giving players access to personal spells and heroes. The spells we had access to were the ability to summon 2 Militia Men, they would appear in lane and help kill off weak enemies, or stall enemies so that they gather up and suffer more greatly with AoE attacks. Our single target Static lightning spell could kill off most medium level enemies, and an AoE Hail ice attack which did lots of damage to lots of enemies in a wide area. These spells had different cooldowns depending on their power (Hail obviously had the longest cooldown so it couldn’t be spammed) and whilst they could help stall some enemies, damage a lot of grouped up tough enemies, or pick off a single enemy that might have got past your towers, they were still secondary attacks and not something to rely on too much. 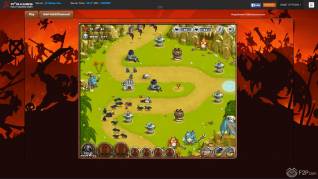 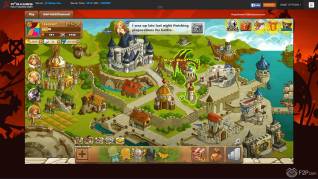 Similarly the hero, you unlock different heroes as you progress through the game, we had access to a “Vord Knight” who we could freely move around the map to attack enemies; interestingly was that these heroes could be upgraded to improve their stats, trained to gain new skills and equipped with different items to make them more powerful and further adding to the strategy and their use in battle.

Whilst a lot of the features do feel like fluff and are simply ways to upgrade your spells, towers and hero, or numerous ways to acquire gold to ultimately upgrade those different areas, the main combat element of the game is fairly standard from what we’ve seen in other tower defense games. The quality of the battles is actually very good, the features don’t really detract from the gameplay (even if at times they seem a little unnecessary), and for everything we liked about the game there were unfortunately three major elements that really make this game very frustrating.

Firstly is the linear progression of the game; you can’t unlock certain features until you reach a certain level, you can’t upgrade certain towers until you have specific materials that are only available (at least in bulk) from those features that you can’t yet access; this results in a very forced progression to your “customization”. The result of this is that you reach a point in the stage (for us it was battle 8) where it is absolutely unbeatable the first time you reach it and instead forces you to go back over the other maps over and over to grind out gold and materials before you can even think of advancing.

Secondly is the VIP system, spending real cash to get improvements, which in and of itself we don’t have much of a problem with, our issue is that the speed up element (ie. making waves appear and move faster so you can get through games quicker instead of waiting for them to plod across the map) was locked to VIP members only. It’s a pointless hindrance to free players given the number of other cash/Diamond elements in the game already and it’s something we’d expect to just be part of the free core game. 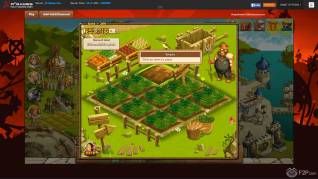 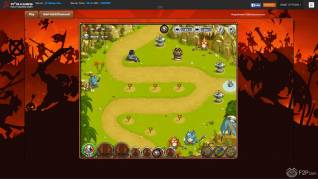 Finally our biggest annoyance; the Energy system. Nearly every action from collecting gold to fighting a battle costs Energy, it probably took an active hour of play before, at our level, before we had used up all our stamina and could no longer carry on playing. It costs 3 stamina to fight a battle (or pickup gold), and you recover 1 stamina every 3 mins 30 secs or you can spend 4 Diamonds to buy food which recovers ONE stamina only… and if you want to buy diamonds it costs $2 for 20 diamonds. Basically once you run out of stamina you can either wait just over 10 minutes before you can carry on playing the actual game, or you can spend just under $2 for a single match; it is possibly the worst/greediest paywall we’ve ever seen.

Overall the actual battles, tech tree, upgrades and core game is really fun and well put together; it looks and plays great. The payment walls and structured/restricted progression really make this game, at least for us, unplayable in any fun casual capacity and the monetization is way too heavy to make it enjoyable without being financially crippling.

First Look at King of Towers