Limited map pool, same objectives in each game, required ARC platform, combat can be chaotic and hard to track

We were finally able to get a chance to check third person shooter Gigantic, just going into open access on Steam and Arc platforms after previously being exclusive to Windows 10. The game opening up to these new platforms should provide a huge boost in the player community and with that we tested the game for a few hours.

The game is essentially an objective based shooter. Often called a MOBA by a lot of people, the differences between it and other true MOBA are far more than there are similarities. The game has a cast of heroes, some are on free to play rotation, and players can upgrade skills during matches. Aside from that the premise is a battle across three different maps trying to capture points to build up the strength of a huge boss titan that initiates a big battle with the enemy titan. The speed and style of the gameplay is more like Overwatch than a MOBA, with the charismatic and comical cast, the unique graphical style, and the general combat mechanics in place. It’s fast, it’s fun, and it’s full of flavour. 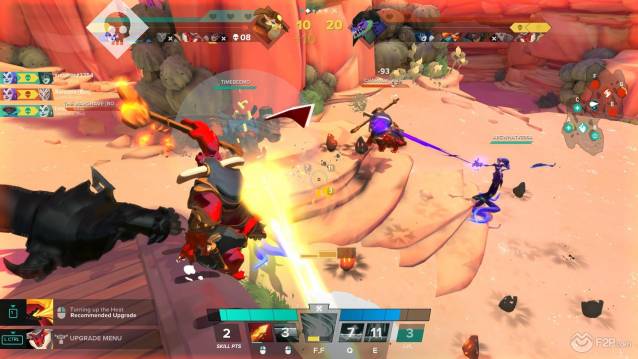 The in game maps are a decent sized, and with multiple levels and ledges they offer some definite knowledge based advantages to players who learn the lay of the land. Large enough to not feel on top of each other, but not so big it takes ages to get into a fight, they are built just big enough to make a fun battle. That said, as the match progresses and the two titans advanced down the map, the field of combat becomes much smaller and the pressure cooker combat really ramps up and becomes much more exciting. Whilst we love the pace of combat, and the graphical style is impressive, we’re not sure if this combination creates a lack of clarity when it comes to the chaotic fights and make it hard to keep track of what’s going on. Playing primarily ranged characters we found it very difficult to see if our ranged attacks landed and when up close it’s really hard to keep track of where opponents are.

The core concept of a match is remarkably simple: capture camps and earn more points to summon your titan. Battles become a constant exchange of trying to capture enemy camps and defend your own, and with the position of the camps being the same then the combination of only three maps and the same game format… things can get a little bit dull. Whilst for MOBA the concept of a single or a limited pool of maps is pretty common, as we said the game is more like a third person shooter and no TPS would get away with having only three maps. Even with the limited objectives, it’s quite easy for players to go off solo, or split on what to do, and the maps are big enough that if you get caught out going solo by a few enemy players then you’re generally dead. The big issue with this is that aside from a few pre-made text pings, there’s no in-game chat system to try and coordinate tactics. There’s no in-game voice channel to tell players to all head to the same objective, or stay alive as you’re about to cap the final point to trigger a Rampage. Relying on external programs to provide the absolute basic necessities of a game is a gigantic mistake. 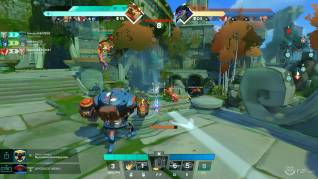 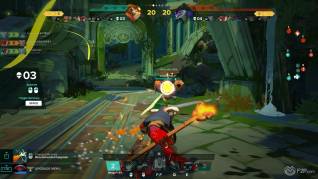 Another major absence that troubles us was the accessibility of just general information. Outside of the initial tutorial that taught us the basic mechanics of combat and stages of battle, there didn’t appear to be any way to look up these things in game. The way camps worked and how you acquire points from them was explained briefly, but we hadn’t realised that when you had a creature on a camp then they sourced the points automatically when they built up (which left us wondering why sometimes we couldn’t get points manually when we reached a camp). More importantly was the lack of information from skills, primarily that none of the abilities displayed how much base damage they dealt so when starting a match we couldn’t tell which of our abilities dealt the most damage.

The skill point system also really needs some tweaks. Each time a player levels up they earn a point that they can use to upgrade one of their skills, with each skill having two unique upgrade options available each time it could be upgraded. The first issue was how unnoticeable it was when you had earned a new skill point, so often we’d be fighting for a while and look down to see we’d acquired 3+ points that were unspent. Secondly, as there was no information about upgrades available outside of a match, when we got a skill point we had to read through the text of 10 different upgrades (5 main skills with two possible upgrade options each) to decide what to choose. Aside from the fact this meant we had to stand still and read, and weren’t playing, the other issue was that we couldn’t tell what upgrade options on a skill would be available after and so didn’t know if we were picking skill upgrades that synergised well.

So did we like the game? As a matter of fact yes. For all the slight annoyances they are the kind of thing that only affects a new player for the most part. We’d learn what a characters upgrades do, we’d become more aware of earning a new skill point, we’d get used to the visual indicators in combat and be able to track things better. What I’m not sure we’d get used to is the same objective across only three maps. Even though the maps feel very unique to each other, it’s still the same game each time and there just doesn’t feel like there are enough objectives to try and do.

Aside from that, one of the things holding the game back in our opinion is the way the developers have handled their chosen platforms (albeit the financial reasons behind these decisions might be sound). Launching initially exclusive to Microsoft and only available on PC through the Windows 10 operating system made the game inaccessible to a lot of players and so the hype train has well and truly left the station by the time this new launch on ARC and Steam has come about. ARC is a platform developed by publisher Perfect World for their titles, so most people won’t have it; but being accessible through Steam is a definite positive step forward… right up until you find out that you still need to launch the game through the ARC platform. Regardless of whether or not you access and download the game through Steam, at the end of your 10GB game download you then have to download and install PWE’s ARC platform to actually play the game; at no point is this mentioned and we think using the Steam platform in this way is… pretty sneaky. 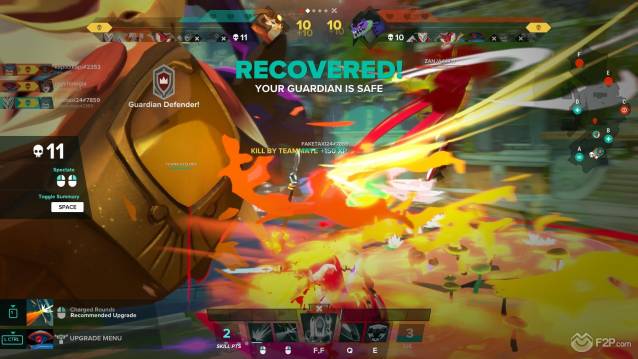 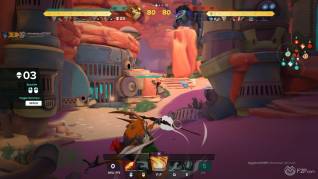 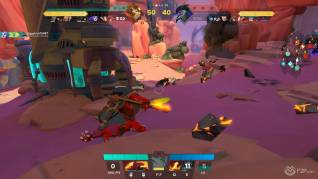