So a little bit about me, the author of this article, I have played MMORPGs for around two decades and so EVE Online is one of those games that has always been on the periphery that I’ve been well aware of but have generally been playing other games and in between them not really fancied subbing to EVE knowing that there’s a fairly steep learning curve to it. Over the years you hear about these cool epic wars with thousands of players, scams that have cost Corporations (guilds) and their players thousands in real world cash; it is a huge game with a pretty stellar reputation, just one I never really checked out. Working for a website that focuses on free to play games also meant I never had a reason to check out EVE for work, so I’ve never really looked at the game in any great depth and most of the details of the game have gone unchecked by me personally.

Then this month [November 2016] with the arrival of the Ascension expansion the game has introduced its new free to play accounts and we finally had a reason to check it out, putting aside a few hours to get a bit more of a personal insight on this game we’ve heard so much about over the years. 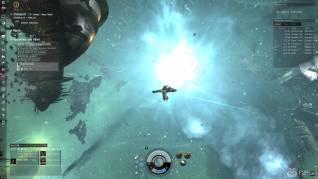 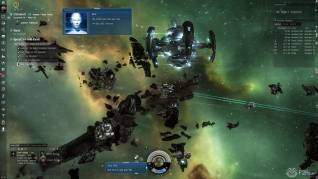 With the new expansion and the influx of new players the whole new player portion to the game has been completely revamped offering an extensive tutorial where we found ourselves in the middle of a huge wreckage after some allied fleet has been decimated by a faction knows as the “Drifters”. A quick recon and rescue and we end up in the Empire’s good books and put to task, rewarding us with a limited Pilots License (a story-driven reason for free to play accounts basically) and then put to task to keep helping track down the Drifters and ultimately use our intel to jump into a huge naval battle at the main Drifter hive, helping from the frontline.

For someone playing the game for the first time we have to say that the game looks incredible, we’ve seen the odd screenshot here and there but never really taken it in, but just looking around the environment combined with the atmospheric soundtrack; it’s pretty engrossing. The controls and combat are point and click, selecting your actions from a reticule popup, and the tutorial focuses on teaching players the basics without overwhelming them with the myriad of details. The tutorial is extremely story focused and the NPCs you deal with have a lot to talk about (literally, the NPCs are fully voiced) though between that and the travelling from system to system, the seemingly slow speeds to reach an objective, it all felt like a very slow pace title where the actual action was a bit too short lived. That said we will admit that the concept of the game, the beauty of it, the details we’ve read about in preparation for our profiles and play-through; we’re actually really excited to keep playing and will most definitely be sticking with our new free to play account to see whether we do like the game enough to become a subscriber. 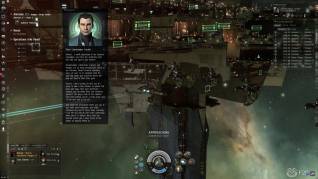 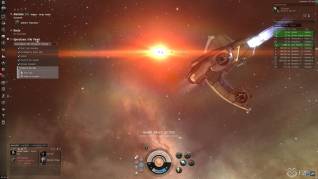 So how does the free to play model actually work?

Essentially there are now two account statuses for players known as “Clone States”, these being Alpha Clone or Omega Clone, based on the idea that in the game players take on the role of clones who have had their character’s brain patterns mapped onto new clones (and you get a new clone body each time you die, thus explaining respawning in a lore perspective). Signing up for free we had Alpha Clone access, which acts like a permanent trial version of the game where you can play for free indefinitely but will always have a restrictions hanging around your neck such having limitations on certain skills that we could train into, having to pay an extra 2% tax on manufacturing and research, the inability to login more than one character, and only being able to play as 21 of the current 326 that are available.

This last point is probably what has the biggest impact outside of reduced skills as when you create your character you choose between the four main races (Caldari, Amarr, Minmatar or Gallente), which for Omega Clones is more about the lore and aesthetics as each race has a different appearance. For Alpha Clones you can only use ships and tech (gear, weapons, etc.) from your race to customize your ships, so that 21 available vessels quickly drops down significantly as do your available items, whereas Omega players can choose any ship from any of the full 326 and any factions gear. 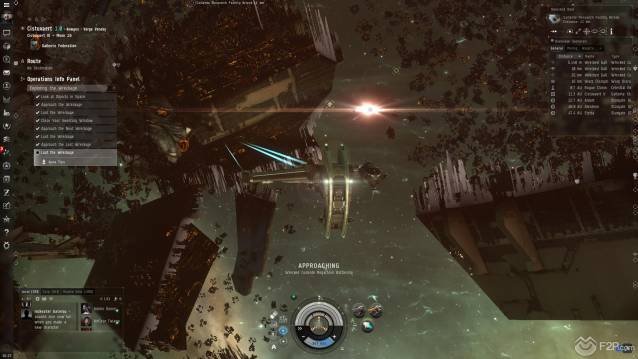 Still, the game gives you a fairly open trial with the majority of the content available, really it feels like the game is fully playable until you reach a point where you want to try and advance, or have extra customization, or full access to some features; it’s all stuff that would only have any great impact further down the line. The beauty of EVE Online is its subscription model caters to players who have the cash to buy their subscriptions, which comes as an in-game item called PLEX that can actually be sold to other players in game and thus giving a developer approved way of buying currency (ISK) through trade. On the flip side this means that players who play the game a lot can save up their ISK and buy PLEX off other players, essentially paying for their subscription (which keeps their Clones as Omega Clones) without ever paying any real world cash. It takes a while to get to a point where you can make enough ISK to buy your PLEX on a regular basis, but with some time and effort you can realistically play the game for free on a full Omega Clone account.

We firmly believe that CCP have taken a successful step in the right direction opening up the game to the free to play market, whilst the tutorial isn’t enough for players to grasp the full scope and nuances of the game it at least makes it accessible without forcing players to put some money down on a game that has a reputation of being hard to get into. With nothing to lose we do think that the spectacular graphics, involved storylines, sandbox exploration and progression, open world PVP, and everything else that EVE Online does so well is enough to get players to stick with it until they start to experience everything the game has to offer; we know we will! 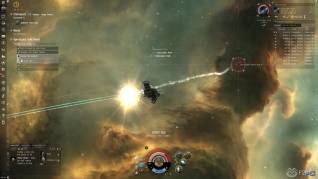 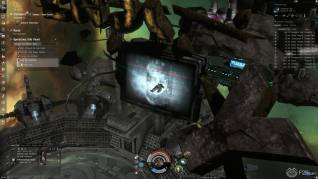