Early combat is a little too easy and sometimes not compelling enough to make you want to carry on playing, feeling like a traditional MMO grind

to play browser game DarkOrbit Reloaded, the point-and-click space shooter MMO “sequel” from BigPoint. The game isn’t so much a sequel but more a revamp of the original title, dining out some problems and features that really were appealing to the original DarkOrbit community. Taking their players feedback on board the studio has reworked the game to make its improvements and increase the overall accessibility of it for new players.

One of the big new changes is the general user interface, which in our opinion was pretty easy to navigate and didn’t encroach too much on your screens retail space, something many MMO’s could definitely learn from when you don’t have half a dozen icons constantly flashing try to get you to buy items from the store. Look was sleek and simple yet the further you delved into a particular menu it was easy to see how intrinsically complex the game can potentially be as players grow more familiar with the basic systems. 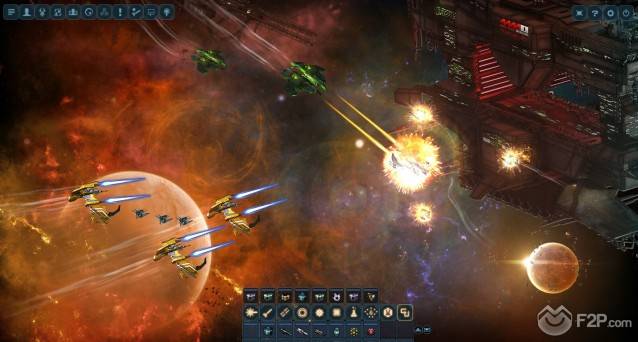 Second to the new UI was the graphics overhaul, high-resolution browser graphics that really do shine in the right places. From our video we commented a few times on the wonderful looking space backdrops that you fly around, essentially a large shifting wallpaper, with some dynamic elements such as the sudden lens flare from a star as it moves from behind a planet really was a nice touch to bring a relatively static image to life. Our one criticism with the graphics would be slightly disjointed styles between the rendered backgrounds and the more pixley ships, both player and enemy, that don’t fit as well as they could do, though the explosion effects actually relatively decent.

Though only scratching the surface of the story you do feel like you’re in the middle of something big, taking our place among the Mars Mining Operations who felt like it was also against the universe, both enemy invaders and rival factions. With only a first look and 30 minutes of play in our test we didn’t get to delve too deep in this relationship but we feel that there was a lot of potential. 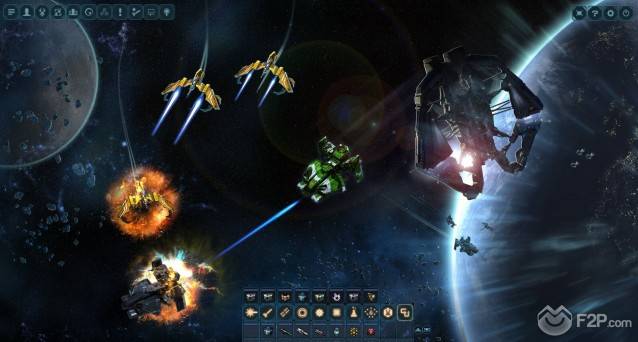 Questing in the game wasn’t quite as fun as it could have been, the missions consisting mainly of “go to this location and kill x number of x enemy ships then return to the base” only to then have to do something relatively similar for the next mission, but simply head a little further away from the base. Where the story tried to grab you the quest itself was slightly less compelling and didn’t really feel like there was much action involved due to the enemy ships being extremely weak and plentiful, which whilst in some ways expected in a tutorial/early level of an MMO it also feels slightly pointless. 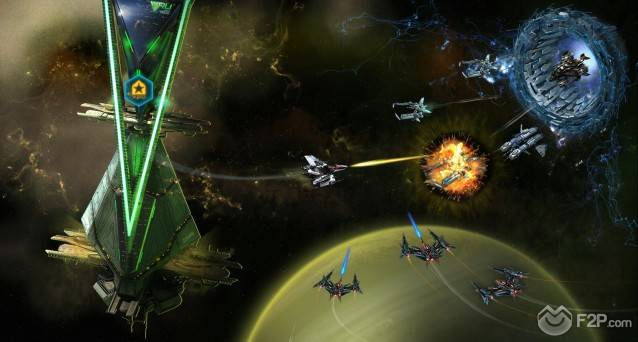 Combat was extremely easy, consisting of left clicking your chosen target then hitting one of your hotkeys to fire lasers or a missile, lasers were a weapon that you activate and continue to shoot automatically until you deactivate them where is rockets you needed to fire individually. This wasn’t obvious at first and so I was spamming the lasers thinking I needed to push the button over and over, not realising that I was simply turning the auto fire on and off… The damage that the enemy ships did was minimal and at no point did they feel like a threat, even when surrounded by half a dozen of them, whilst I’m all for tutorials being slightly easier but it is still nice to have a challenge from the beginning. 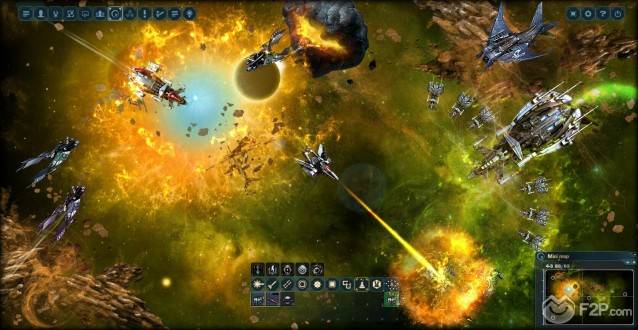 It appears that there are a lot of features available for upgrading and customising, we got a taster of the crafting system by refining our gathered ore that we’ve collected as we travel or as loot from destroyed enemies, converting them into usable items to upgrade our weapons. The system is very well fleshed out and in-depth enough to keep more competitive/hardcore players invested in their game. Whilst DarkOrbit Reloaded is relatively casual in nature and basic to play, it isn’t the type of game where you get ahead without putting the time in; as it should be.