Metin 2 has presented a new trailer

Metin 2 has presented a new trailer

This new trailer of Metin 2 presents the new limited edition mounts and other new content just released in the june patch. 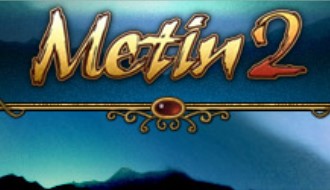 Metin2 is a Free To Play MMORPG, the game features amazing 3D graphics, a unique dynamic fighting system a strong story line and a King mode where players can be elected king (giving their nation bonuses on the battle field) and much more.

'Metin' are unknown meteors that started falling from the sky many years ago, changing the lives, land, wildlife and the people on the planet. Players of Metin2 assume the role of a brave hero and band together with other players to find out the secret of 'Metin' and use it to rule or defend their Kingdom.
Players are not the only heroes seeking the power of 'Metin'; enemy Kingdom's seek out this power as well. There are four classes of characters for players to choose from, with each class containing two specializations that are unlocked as players' level up.