Heroes & Generals from RETO MOTO gets a major upgrade with a new map, new tank destroyers and better recoil for all hand-held weapons. Plus a new visual identity elevates Heroes & Generals to a true franchise.

The new “Stronghold” update is now live on Heroes & Generals WWII. A new map inspired by one of the most famous WWII battles – the Defense of the Brest Fortress – is urban combat at its best. Three new tank destroyers have also been added: The German Panzerjäger V Jagdpanther, the Soviet SU-100 and the US M36 Tank Destroyer. Plus – in response to requests from the Heroes & Generals community - improved recoil on all hand-held weapons is now available.

RETO MOTO has also refreshed their game’s visual identity and rebranded as “Heroes & Generals WWII”. It’s part of RETO MOTO’s vision for the future, which is to deliver the highest quality gaming experience and elevate their proposition to a true franchise.

RETO MOTO’s CEO Jean-Marc Broyer says: “We are excited about the Stronghold update and, combined with our new visual identity for Heroes & Generals WWII, we believe it sets the stage for a new beginning for RETO MOTO. Our focus is now even more on what the players need and what drives our franchise to the next level.”

RETO MOTO is an independent game studio based in Copenhagen. Established in 2008 by the original founders of IO Interactive and the creators of the Hitman series and Freedom Fighters, RETO MOTO develops and operates the game Heroes & Generals WWII, the ultimate Free-to-Play, large scale, multiplayer, shooter experience where thousands of players in multiple battles fight one massive war of nations. The first to capture 15 cities takes the glory. 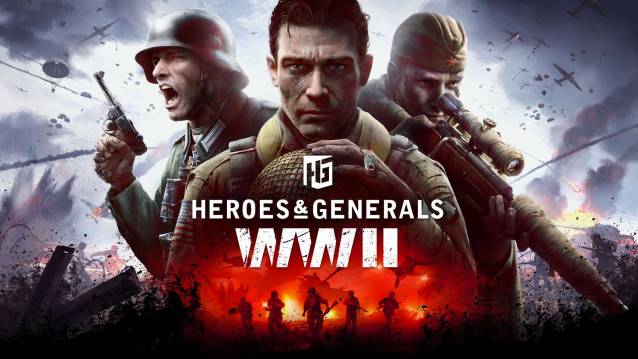