Mabinogi will feature a special cross-over event in August. Fans of the anime "Fate/stay night [Unlimited Blade Works]" will be delighted to know that they will be able to step into the fantasy world of this anime and battle for the Holy Grail in the secret magical tournament. For a limited time, the game will feature themed outfits and special in-game events inspired by the famous anime.

For those of you who don't know it, this anime is set in Japan while a secret magic tournament is being hosted. In it, several Masters fight alongside reincarnated heroes in a battle to the death to claim the powerful Holy Grail relic, a magical chalice that can fulfull any desire.

In Mabinogi players will be able to recreate the epic tournament through different events in which they can earn themed items and unique rewards, such as a collecion book or in-game weapons. 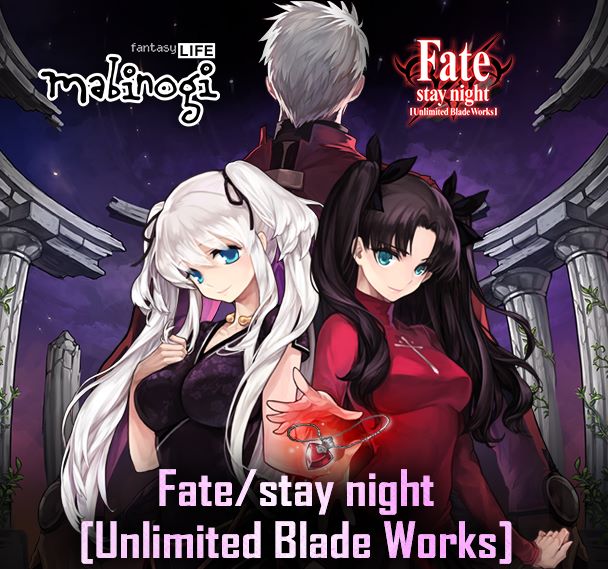