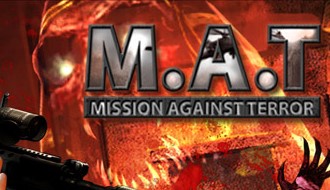 Wicked Interactive today announced that after an explosively successful closed beta, Mission Against Terror (M.A.T.) begins open beta on Sunday, September 19 at 3:00pm EDT sharp. The open beta allows gamers to be the first in North America to experience this exciting new title, which has been updated and enhanced thanks to the helpful input of everyone who participated in the closed beta, which ends this week.

We have been working with Wicked Interactive from the beginning on M.A.T. Their team and dedication to make this game competitive is top-notch, said Stephen Tucker, CEO, World Online Gaming League (WOGL). The game has been well-received by our community. We look forward to moving into competition with M.A.T as we turn the corner to open beta.