What Do We Love About… World of Warships?

For our next “What Do We Love About…?” article we’re taking a look at Wargaming’s naval battle shooter World of Warships, a free to play foray onto the high oceans during World War 2 where players can duke it out as the different nations that dominated the seas during that conflict. With a similar playstyle and setup as the other “World of” titles (Tanks and Warplanes), World of Warships offers some unique gameplay and a number of things that really stand this title out for us. 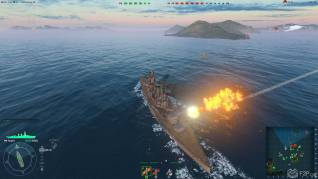 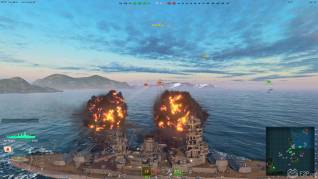 Slower Combat Pace
Combat rewards methodical thinking, planning and positioning. Unlike most shooters that employ a faster paced combat style World of Warships is definitely a thinking person’s game, the rate of movement with aiming and taking shots, moving or turning your ship, it takes so long that players must think ahead about where they’re going to end up. Find yourself in an ambush and you’ll struggle to get out of it as movement is more realistic and your turning arcs are slow and wide, aiming your shots requires shooting moving targets from a distance to where they are going to be, leading your shots and shooting ahead of them. All in all it is a completely different type of shooter from what else is on the market.

Intense Engagements
Battles can actually still be action packed. Although the pace of combat is generally a lot slower, with long ranged attacks and slowly making your way across the ocean, this is often interspersed with frantic close quarters engagements with a dozen ships all blowing pieces off each other. Managing your ammo, dealing with engine damage, putting out fires, and trying to position yourself so you’re not a large target to anyone firing on your broadside is hectic and action packed. The developers have managed to find an ideal balance between slow long ranged fights and the more intense up close battles.

Distinctive Ship Playstyles
Each ship has a definitive role. World of Tanks offers a different kind of combat, but really after a while it feels like the role/class of the tanks is little more than “has a bit more or less armor/firepower” and Tier starts to be more important. The contrast with World of Warships is that the ship classes really do make a much bigger impact, with Destroyers, Aircraft Carriers, Battleships and Cruisers all having a very distinct role in the battle. Due to this it is less common to feel like you aren’t contributing to the battle, if you play your role well then it always feels like you have had an impact on the battle and using your ships strengths and good positioning puts Tiers to a distant second issue.

Controlling Your Ship Guns
You can control multiple weapons at once. The huge ships of WW2 weren’t simply boats with a single gun on them, for many dotted all around the decks are multiple turrets, your huge cannon, and even the capability to shoot torpedoes. World of Warships allows all of this to still play a factor, whilst aiming your cursor will control main gun (though it still takes time for the gun to move and get into position to shoot where you are aiming), so too can you select a target and aim your deck turrets to attack your enemy or fire torpedoes from your broadside. Positioning becomes extra important as your secondary weapons have certain firing arcs and require line of sight, so an enemy ship on your starboard side will mean your port side armaments can’t be used.

Wide Ship Variation
Players have hundreds of ships to choose from. The hundreds of ships available in the game are divided up into their classes, tiers and the nations that used them in WW2, taking some of the most historic ships that sailed the oceans during the conflict. All lovingly designed in detail players will find the look and authenticity of each ship a wonder, and each ship can be customized to offer an even wider variation on your ships playstyle whilst staying true to the original models design.

So that’s what we love with World of Warships, but more importantly what are some of your favourite things? What do you think could/should be added to our list that makes the game great? Let us know what you think in the comments below! 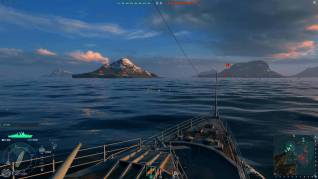 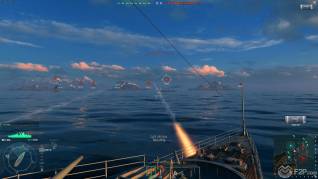 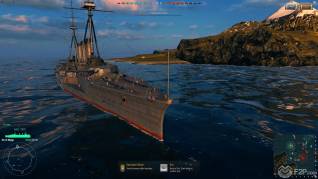 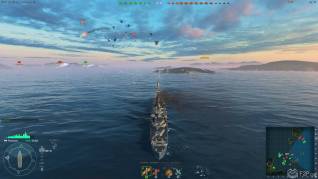 
One Comment - "What Do We Love About… World of Warships?"