League of Legends has announced its Season Two World Championship

Riot Games has announced the biggest League of LegendsWorld Championship to the date,

The Season 2 Wolrd Championship will conclude the next October 13, in Los Angeles. 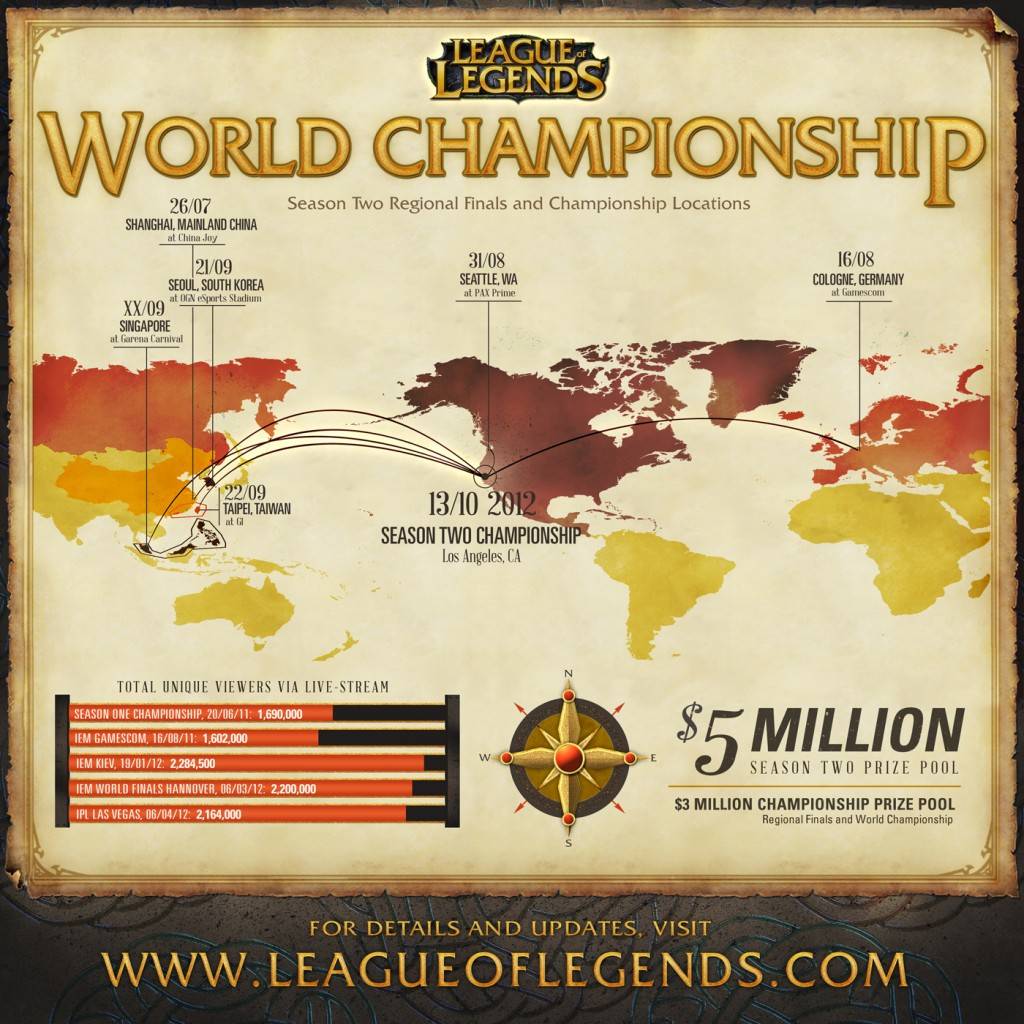 I cant wait to see how many fans tune in online for the final matches of Season 2  were halfway through the season and weve already seen more than two million live viewers for a single circuit event, said Marc Merrill, co-founder and president of Riot Games. Just to put that in context, thats a bigger audience than a Major League Baseball game on ESPN  its incredible to think about.

Weve already awarded more than $1,000,000 in prize money to the incredible competitors of League of Legends this season, said Brandon Beck, co-founder and CEO of Riot Games. Its been humbling to watch the level of competition and the enthusiasm of the live audiences  its something you really have to see in person.